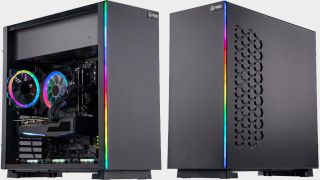 If you are in the market for a whole new gaming PC, then check out the ABS Gladiator that is on sale at Newegg. It pairs an AMD Ryzen 5 5600X processor with a hard-to-find Nvidia GeForce RTX 3070 for $1,699.99. Considering the GPU typically fetches $1,000 or more on eBay, this is a good price for a complete gaming PC.

It is also a reflection of the market we find ourselves in, where GPUs are incredibly scarce. The system is currently on sale for $300 below its $1,999.99 list price. Part for part (including the cost of a Windows license), the discounted price is around $200 more than what it would require to build the same system with your own hands and knuckles.

In normal times, we look for prebuilt deals that undercut the DIY route on pricing. But these are not normal times, and a $200 premium is not egregious—consider it a labor cost, if you will. It also helps that this is a well-rounded gaming PC.

The 5600X is a 6-core/12-thread CPU based on AMD’s latest generation Zen 3 architecture, and it is nestled into an Asus TUF Gaming X570-Plus Wi-Fi motherboard. It’s nice to see that ABS opted for a premium chipset, and from this generation to boot (it’s not uncommon for system builders to offload previous-gen hardware in prebuilts, like an X470 motherboard).

Given the demand for GPUs right now, there is a risk this sells out rather quickly. That’s not to say you should make a rash decision, but it is something to consider if you are on the fence on this one.