Hot News Windows 11 is due out this year, but the free update for Windows 10 arrives in 2022 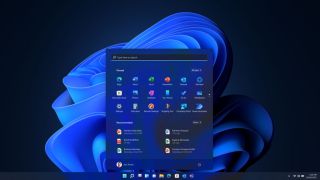 We are still learning new bits of info about Windows 11, and that will likely be the case right up until it begins rolling out to PCs in a few months. Speaking of which, one of the things we recently learned is that the free update to existing Windows 10 PCs will not arrive at the same time, or even this year—Microsoft is waiting until 2022 before it begins upgrading Windows 10 PCs.

That’s if you are running Windows 10 and are wanting to do an in-place upgrade, through Windows Update. There will still be the option to perform a clean install, and presuming you own a valid Windows 10 license, the same key should activate Windows 11.

If you are not wanting to perform a clean install, however, you will have to wait a little bit longer.

Microsoft’s official Windows account on Twitter clarified the timing of Windows 11, saying it is “due out later in 2021 and will be delivered over several months.” Meanwhile, “the upgrade to Windows devices already in use today will begin in 2022 through the first half of that year,” Microsoft added.

That means having to wait six months (from today) or more before making the jump to Windows 10, through an in-place upgrade via Windows Update. And that is just fine and dandy—the flip side to waiting a little bit longer than others is having Microsoft sort through any initial release hiccups on the early adopters.

We have seen this time and again within Windows 10’s ongoing evolution. Feature upgrades have come twice a year, and each time, bugs slip through. Most of them are minor ones, but there have also been some pretty big headaches along the way.

One of the more notable hiccups was the initial October 2018 update for Windows 10, which introduced full support for DirecX Raytracing (DXR). It also introduced a bug that made some files on Windows 10 PCs go missing after updating. Microsoft ended up pausing the update while it investigated the situation, before resuming the roll out a month later.

In a sense, you can think of Windows 11 as another major feature update, but with a new name. Microsoft could have actually made Windows 11 just another bi-annual update, and had it gone that route, it would have qualified as one of the bigger upgrades since Windows 10 first arrived.

Even though it is not going that route, we assume there are still going to be some issues in need of ironing out when it first releases. Hopefully they amount to nothing more than minor annoyances, but you never know with such an ambitious upgrade. Which is to say, waiting until the first half of next year is not such a terrible proposition.

Leave a reply "Hot News Windows 11 is due out this year, but the free update for Windows 10 arrives in 2022" Cancel reply

Related Post "Hot News Windows 11 is due out this year, but the free update for Windows 10 arrives in 2022"