Hot News Here's why the Mass Effect movie never got made 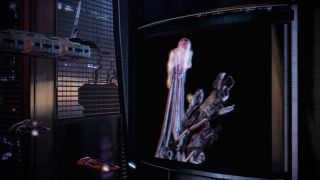 In 2010 the film rights to Mass Effect were picked up by Legendary Pictures, the studio behind Batman Begins, with Warner Bros. positioned to release it. That movie never came out, and Mac Walters, project director of Mass Effect Legendary Edition, recently spoke to Business Insider about what happened behind the scenes.

“It felt like we were always fighting the IP,” Walters said. “What story are we going to tell in 90 to 120 minutes? Are we going to do it justice?” In 2011, Legendary Pictures restructured to focus on television and the producers decided to start over. “But then it never picked up again after that, not for lack of trying,” Walters said.

At a Comic-Con film panel, Legendary Pictures had confirmed the movie would be about the events of the first game and follow a male version of Shepard. Which doesn’t sound like the most exciting angle to take with the setting, so maybe we dodged a bullet there.

Walters said he thought a television series would suit Mass Effect. “If you’re going to tell a story that’s as fleshed out as ‘Mass Effect,’ TV is the way to do it. There’s a natural way it fits well with episodic content.” And we may well get a TV series some day, given how many videogame adaptations Netflix is producing. There’s even a possibility Henry Cavill is involved in a “secret project” related to Mass Effect.

Walters went on to explain how writing Mass Effect was a lot like writing a TV show. “When we build out a ‘Mass Effect’ game, we have a backbone, or an overall story that we want to tell, but each level or mission is like its own TV episode,” he said. “It doesn’t get written ahead of time. It gets written at the time that we get to it. So it gets added to the main story and sometimes the main story gets adjusted because we did something really cool in that ‘episode.'”

Legendary Pictures eventually got back into movie-making and have been responsible for several videogame adaptations: Warcraft, two Dead Rising movies, and Detective Pikachu.