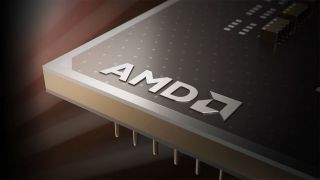 Microsoft’s Windows 11 does not explicitly support first-gen AMD Ryzen CPUs. But then nor does it support any Intel processor made before the Coffee Lake generation. So anything from the Ryzen 1000-series or 7th Gen Kaby Lake range isn’t listed as a win for Windows 11.

But put away that pitchfork. The lists of supported Intel and AMD processors for Windows 11 are long, but not exhaustive, and that also doesn’t mean those chips won’t allow you to run the new OS. This is the difference between something Microsoft calls the ‘hard floor’ and the ‘soft floor’ in its Windows 11 Compatibility Cookbook.

That’s the difference between definitely not being able to install Windows 11 and just not being advised to. It certainly feels like an arbitrary cut-off for the CPUs concerned, and may simply just be where Microsoft chose to stop checking chips against Windows 11.

The announcement of Windows 11 has been met with both interest and consternation. On the one hand, the excruciatingly earnest ‘What’s Next for Windows’ livestream showed us a vision of Windows 11 as an open, good-looking update to Windows 10, with more than a penchant for gaming. And it’s effectively free.

On the other, we had a Windows 11 Health Check app that seemed to be telling PC gamers, with monstrously powerful rigs, that their machines weren’t up to the task of running Microsoft’s next-gen operating system.

So having a long list of supported CPUs, that seems to miss out any silicon not born longer than four years ago, is just another knife in the heart.

We’ve offered some help to those struggling with the Health Check app—hint: it’s probably the TPM 2.0 switch in your BIOS. It’s also worth mention that just because you’re still rocking an unlisted eight-core, 16-thread Ryzen 7 1800X or quad-core, eight-thread Core i7 7700K, that doesn’t mean Windows 11 won’t run on your rig.

The supported CPU generation lists are tied into the so-called ‘soft floor’ of compatibility for Windows 11. Microsoft’s compatibility guide has this to say:

“There are new minimum hardware requirements for Windows 11. In order to run Windows 11, devices must meet the following specifications. Devices that do not meet the hard floor cannot be upgraded to Windows 11, and devices that meet the soft floor will receive a notification that upgrade is not advised.”

Have to say I’m not 100% au fait with what the hell ‘Smode’ is, but I can tell you that the ‘hard floor’ of a dual-core 1GHz+ CPU will mean you can install Windows 11 on your first-gen Ryzen machine. It might just be as flaky as a new OS is ever likely to be on older hardware.

One of those ‘installer beware’ type situations, I guess.