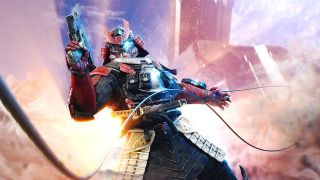 In a fairly beefy update, 343 dove deeper into some of the features revealed in Halo Infinite’s E3 multiplayer showcase. The team explains how the companion “Halo Waypoint” app has been reworked to let you customise your Spartan out-of-game, and outlines the thinking behind the game’s permanent battle passes—with live team design director Ryan Paradis calling the traditional model “not fun, and not player-first”.

“We want [the pass] to be a supplemental reward stream for the time you were already putting into the game. I for one can’t stand it when I’m playing a game JUST to complete the Battle Pass—it feels like a chore to me.”

But at the end of the post, Halo veteran Staten closes by saying that Infinite’s multiplayer will play out as its own continuation of the wider narrative, each season pushing the story forward a little further. This isn’t uncommon for F2P shooters (see Fortnite’s constant twists and turns), but it is news for Halo, which has largely treated multiplayer as its own self-contained thing.

“At the centre of our plans is a goal to deeply root your Multiplayer character in the larger Halo universe and give them a vital, active role in the Halo story moving forward,” said Staten. “How exactly we’re going to do this in the Seasons and years ahead… Well, we’re not ready to share details yet.”

The first season, dubbed Heroes of Reach, will kick this off with what sounds like a return to the site of Halo’s inciting tragedy. Free, week-long events will push the season forwards with themed cosmetics and their own reward tracks, while “Fracture” events will sporadically appear to break canon with things samurai power armour.

Staten claims the first season takes place during a “transformational moment” in the story, and seems excited by the possibility to explore the setting beyond the Master Chief—an old soldier who could probably do with a permanent nap.