Hot News Looking for an affordable gaming laptop&quest; This one has a GTX 1650 and is just $549 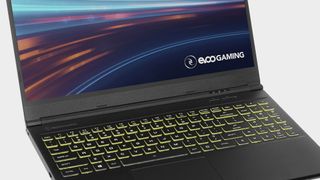 Buying a laptop for gaming does not have to be a super expensive affair, not these days. You don’t even need to spend a grand or more. This Evoo Gaming machine only costs about half that ($549 at Walmart) while delivering a serviceable selection of components and features for the money.

You will need to tone down the image quality settings on more demanding games, but the GTX 1650 is certainly better than any integrated graphics solution (the folks at NotebookCheck have a wide collection of benchmarks to give you a rough idea of the type of gaming performance this laptop GPU can muster).

The main compromise here is the pairing of just 8GB of RAM with a paltry 256GB SSD. Those are both decidedly budget specs, and while in line with the asking price, it’s still not exciting. Fortunately, it’s rather easy to pop off the bottom panel and upgrade one or both components, should the need and/or desire arise.

As for the port selection, this laptop sports a pair of USB 3.1 Type-A ports, a USB Type-C port, a USB 2.0 port, two mini DisplayPort outputs, an HDMI output, and an Ethernet port. There’s also a microSD card slot and a Kinsington lock slot, to round things out. And yes, it has RGB LEDs too.

Leave a reply "Hot News Looking for an affordable gaming laptop&quest; This one has a GTX 1650 and is just $549" Cancel reply

Related Post "Hot News Looking for an affordable gaming laptop&quest; This one has a GTX 1650 and is just $549"