Hot News Windows Store devs 'can keep 100% of their revenue', unless they're making games 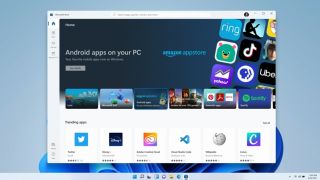 In last night’s Windows 11 reveal, Microsoft also announced some major changes to the Windows Store. Starting July 28th, developers will keep 100% of the revenue earned through in-app purchases—unless, for whatever reason, that app happens to be a game.

Microsoft confirmed the exception to The Verge, explaining that while app developers will have the option to offer in-app purchases via their own or third-party platforms (which won’t require paying Microsoft a fee), games have been excluded from this option. Sales made through games will always give Microsoft a 12% split.

The tech giant didn’t disclose why, exactly, apps and games are treated differently. Figuring out that distinction has been key to ongoing legal fight between Epic and Apple that infamously began when Epic tried to bypass Apple’s payment platform in Fortnite. One bizarre side-effect of the arguing over “what is a game” even saw Roblox completely obliterate any mention of being a game from its platform.

The Verge notes that Microsoft’s distinction may come down to just how heavily the company relies on games—noting that while Xbox Hardware has always been sold at a loss, the revenue split for game sales and subscriptions more than makes up for it.

As a silver lining, the rev split for selling games on the Windows Store is about to get a bit more generous, with Microsoft dropping their split from 30% to 12% (same as the Epic Games Store) on August 1st. That does make things rather weird for cross-buy games, mind.

Outside the store, Windows 11 is taking some important steps for games at a system level—from faster load times with DirectStorage, to automatically enabled HDR on any game developed using DirectX 11 or above.

Leave a reply "Hot News Windows Store devs 'can keep 100% of their revenue', unless they're making games" Cancel reply

Related Post "Hot News Windows Store devs 'can keep 100% of their revenue', unless they're making games"