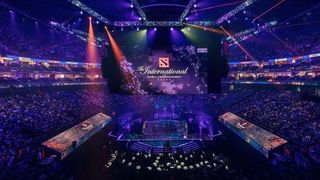 The annual Dota 2 championship tournament known as The International was slated to take place in Stockholm this year, but earlier this week Valve said that it was “looking for possible alternatives” for a host city. The Swedish government refused to classify the tourney as an “elite sporting event,” and without that classification it’s possible that players could be denied entry into the country because of Covid-19 restrictions.

Valve left the door open for a possible last-minute agreement, saying it was exploring other options “in case the Swedish government is unable to accommodate The International. That door has now closed, however, as the Swedish Esports Association said today that Valve has decided to relocate the event.

Interestingly, the announcement of the relocation came just a couple hours after the organization, which was not involved in the negotiations between Valve and Swedish authorities, proposed a potential workaround to the problem. “To save The International, the competition needs to be sanctioned through the sports movement and by international federations and that a dialogue will begin as soon as possible with the organizer Valve,” the Esports Association said in a statement (via Google Translate).

“The union has sent several messages directly to the organizer and via the Swedish professional teams and other esports organizations. We hope to be able to create the conditions needed to change the status of the competition and be able to initiate a dialogue with the organizers that allows The International to be implemented in Stockholm.”

Even allowing for the imprecision of Google Translate, that sounds more like an idea than a solution, which may be why Valve has apparently decided to cut its losses.

“We have now got in touch with Valve who announces that they will not complete the plans with The International in Stockholm,” the association tweeted. With that decision now taken, the organization said that it will now focus its efforts on ensuring that similar situations don’t happen in the future.

Swedish Esports Association chairman Sammi Kaidi told Expressen that the group had received an email from Valve thanking it for its efforts, but saying that the opportunity to work things out for Stockholm had passed. “We look forward to holding events in Sweden in the future when the time is better for everyone,” Valve wrote.

There’s no indication at this point as to where The International might be held in Stockholm’s stead, or if it may need to be delayed to accommodate the change. I’ve reached out to Valve for more information and will update if I receive a reply.