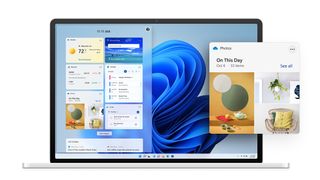 Microsoft’s Windows 11 presentation on Thursday was focused on everything shiny and new in its next iteration of Windows. It’s faster. It has a new look. It can run Android apps and features a redesigned Microsoft Store. But there’s also quite a bit of old Windows getting the boot in Windows 11, which Microsoft detailed on a new support page. There are quite a few features getting cut that you won’t miss, and some you’ll probably be actively glad to see gone.

The one that immediately leaps out to me is Cortana. It doesn’t sound like Cortana’s dead, but the AI assistant will no longer be part of the install experience or pinned to the taskbar.

Another big change: Skype will no longer be built in on new installs. (Microsoft is definitely all about integrating Teams, now, so you won’t have totally escaped a baked-in Microsoft video chat program).

And there’s more. Snipping Tool’s old version is being phased out in favor of the more modern Snip & Sketch (Windows+Shift+S shortcut). But they’re keeping the older Snipping Tool name. Also, Paint 3D is gone on fresh installs. Did anyone use that?

Several other features are being replaced by the new Widgets feature, and the Timeline (Windows+Tab) is gone altogether.

Here’s the full list from Microsoft’s site with more detail.

When upgrading to Windows 11 from Windows 10 or when installing an update to Windows 11, some features may be deprecated or removed. Please see below for information regarding some of the key features impacted:

Start is significantly changed in Windows 11 including the following key deprecations and removals:

Taskbar functionality is changed including:

The following apps will not be removed on upgrade but will no longer be installed on new devices or when clean-installing Windows 11. They are available for download from the Store: