Hot News Xbox wants to do more with Killer Instinct, but not right now 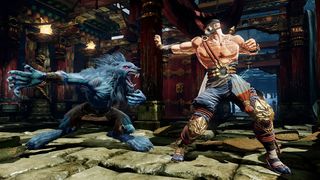 Phil Spencer said he wants Xbox to return to Killer Instinct at some point, when the time is right.

Rare’s excellent fighting game series was revived in 2013, after being shelved for almost two decades. The reboot eventually made its way over to the Windows Store in 2016 and Steam in 2017, but there’s been relatively little support for it since then. Despite it being one of the best fighting games of the last decade, with a tight roster of characters and rollback netcode, there’s been no new content since its third season wrapped up in 2017.

It’s hard not to feel like Killer Instinct’s once again been forgotten about. But in the latest Dropped Frames podcast, Spencer shared that he wants to revisit the series, just when the time is right (thanks, VGC).

“There are so many good games in our catalogue that we’d love to revisit,” Spencer said. “The response when we did KI at the launch of Xbox One was fantastic. Not everybody inside of the Xbox org kind of saw what that game could become. I will just say, Matt [Booty] and I have discussed many times KI and where we’d like to go with it.

“It’s in our hearts and our minds that we want to continue to do something with KI. It is about finding the right team and the right opportunity. But it’s not due to any lack of desire on our part that we’re not doing more of KI, because we love the franchise and the community response.”

Fingers crossed it won’t be another 17-year wait like last time. While Killer Instinct doesn’t hold the same weight as juggernauts like Tekken and Street Fighter, it’s a top-notch fighting game that deserves more love. It’s also one of the many games on Game Pass, if you fancy giving it a crack.

Leave a reply "Hot News Xbox wants to do more with Killer Instinct, but not right now" Cancel reply

Related Post "Hot News Xbox wants to do more with Killer Instinct, but not right now"