Hot News How to watch the Windows 11 announcement today 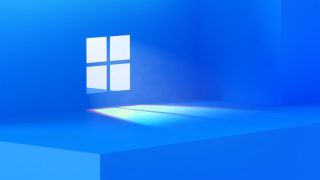 It’s Windows 11 day! Probably. Microsoft is holding a special event today, but is being all cagey about what it has planned for the next iteration of its Windows operating system. If it wasn’t for the fact a build of Windows 11 has already leaked, we’d be wondering what this event could be about. But now we know, and some of us have even spent some time with it—spoilers: it’s Windows 10 but with a new skin.

To see what’s going on you’re going to want to point your browser at the official site—where you can set yourself a reminder too.

Unlike more recent events like this, it doesn’t appear to be streaming on Twitch or YouTube—at least not so far—I’m sure we’ll miss the insightful chatter if it isn’t. It’s probably so Microsoft can drop a bunch of cookies and see how many people are still using Internet Explorer.

We’re hoping a lot of the key questions will be answered by this event:

The two bits of information everyone definitely wants to know about Windows 11 are when it’s coming, and whether we’ll have to pay for it. Windows 10’s “Sun Valley” update—likely the codename for this big Windows 11 release—is expected around October. If Microsoft does put a specific date on this release, expect it to be in the fall.

As for what it’ll cost, it’s hard to see Microsoft charging upfront for a new version of Windows—at least to existing Windows 10 users. It wants to keep everyone on its platform, and making WIndows free is the best way to do that. Enterprise customers may have to pay for Windows 11, but it would be surprising if most users do.

One of the most striking bits of the leaked Windows 11 screenshots is that new centered start menu. Weird! I guess it’s more like the Mac OS dock, and maybe we’ll get used to it in short order. I’m guessing longtime Windows users will hate it at first, but if you’re one of those folks you don’t have to panic: leaks have also shown you’ll be able to move it back to the left side of the taskbar.

It also looks like Windows 11 will have a new icon set and curved edges on windows like the file explorer. Flat, solid color UI design has been around for a decade or so, which means it’s about time to go back to rounded edges and transparency, right? Finally, Windows Vista makes its glorious comeback!

According to the leaks, we can expect a new search UI built into the taskbar, the return of widgets, and an upgrade to the snap feature that lets you attach windows to a side or corner of the screen with a nice visual interface. Much of the OS will still be the same, but some things are gone, like the Start menu’s live tiles (which always felt like a bit of a pointless holdover from Windows 8, anyway).

Will the Store still be bad? I think the more important question is will it matter? There’s been very little reason to use the Microsoft Store throughout Windows 10’s life. Windows applications are still easy to download from all over the internet, and Microsoft walked away from its UWP app format that had been a major headache for game developers.

Unless Microsoft tries to force software into its store—unlikely, considering how mad that made folks the first time around—it still won’t be an app we use very much. It’d be great if gigantic game downloads were easier to manage through it, at least.

Microsoft will surely pitch Windows 11 as an exciting, substantial upgrade for Windows, but with all the features and reliability you expect from Windows 10. And hey, sometimes new things are exciting! Not many people pay attention to Windows 10’s seasonal updates, but 11 will generate a lot of buzz. As with game sequels, sticking a big new number on counts for something.

Underneath the UI changes, though, Windows 11 seems likely to be largely the same OS we’ve been using for the last few years. It’s an evolution of Windows 10, not a dramatic departure built on entirely fresh code. That approach wouldn’t make much sense, anyway—Windows 10 is widely used and isn’t butting up against any major security or performance issues that necessitated past Windows releases like XP and 7.

There are likely plenty of other small UI changes that will add up to a significantly different Windows experience. The most frustrating thing we’ve seen from the leaks, though, is that underneath the new UI Windows 11 seems to still have many of the same menus that have stuck around for more than a decade now: