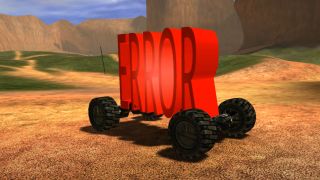 When Halo: Combat Evolved came to the Master Chief Collection last year, I called it “arguably the definitive edition” of Bungie’s seminal shooter. That came with a few caveats, mind—one of them being the loss of the original PC port’s bustling mod scene, a scene born of a wealth of dev tools made accessible through Halo: Custom Edition.

This week, 343 Industries gave that mod scene a shot in the arm with the release of official mod tools for the MCC’s version of Halo 1.

At a glance, the release includes all of the tools included back in Gearbox’ original Custom Edition, a heavily moddable version of Halo that shipped alongside the studio’s 2003 port. Scenario creators, content editors, and a wealth of scripts and assets to remake Halo in any way you see fit—be it a ground-up reimaging of Bungie’s space opera, or Mario Kart.

Better still, you don’t even need to own the MCC to access Halo: CE’s mod tools. The package is available to anyone under the Tools category of your Steam library, and includes an altered development build of the game to test your creations with. That said, don’t expect a smooth experience—343 is releasing these tools as-is, and will only provide minimal support as and when the wider community requires it.

“These are the tools which developers used or are using,” 343 wrote. “They were originally developed with the expectation that a programmer was never too far away to fix or help someone work around an issue. They can be used in many ways, but not all workflows may work as expected on your machine.”

This week’s update also fixed a number of long-standing visual errors introduced in Halo’s first PC port, carried over after Saber Interactive used it as the basis for its 2011 Anniversary remaster.