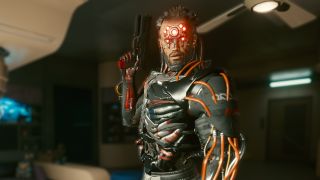 Microsoft didn’t react to the Cyberpunk 2077 console mess quite as strongly as Sony did, but it did take the unusual step of offering full refunds to anyone who purchased the game through its online store, no questions asked, “until further notice.” It gave gamers the opportunity to discover whether it fell within their tolerance limits at no risk, which strikes me as a very fair compromise approach to handling a game that was fundamentally, but for some people not unforgivably, flawed.

Six months after adopting that policy, Microsoft has issued the promised “further notice” that the policy will soon end. As of July 6, Cyberpunk 2077 will be reverted to “our standard digital game refund policy” for all existing and new purchases.

The change will make it much more difficult to claim refunds on Cyberpunk 2077. Unlike Steam, GOG, and Epic, all of which offer variations of “no questions asked” refunds, Microsoft’s refund policy states that “all sales of Digital Game Products are considered final,” although requests for refunds may be considered based on “extenuating circumstances.”

“When you request a refund for these products, and depending on the purchase or content type in determining refund eligibility, we consider a variety of factors like time since date of purchase, time since release, and use of the product,” the policy states.

That almost certainly means that Cyberpunk 2077 refunds will be very hard to acquire after the July 6 deadline. The state of the game was an unpleasant surprise when it launched last year but it’s sure no secret now, and while there have been multiple post-release patches, it’s still in rough shape: The 1.2 update released in April made scores of fixes but left Cyberpunk “still far from finished,” and when Sony returned Cyberpunk 2077 to the PlayStation Store last week, it issued a warning that “users will continue to experience performance issues” with it on the PlayStation 4.

If you do want to request a refund for Cyberpunk 2077 (or any other game purchased through the Microsoft Store, for that matter) after July 6, you can try your luck at support.xbox.com.