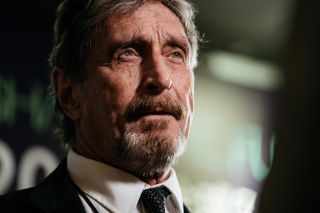 John McAfee, founder of antivirus software maker McAfee Associates, who in later years found fame as a Bitcoin promoter and international fugitive, has died. According to Spanish news site El Pais (via Google Translate), McAfee is believed to have died by suicide in his cell in a Barcelona prison, although the cause of death has yet to be confirmed.

The initial announcement did not name McAfee, describing the prisoner only as a 75-year-old US citizen awaiting extradition, but a government source familiar with the situation confirmed with the Associated Press that it was him. The report said efforts to resuscitate McAfee after he was found were not successful, and he was declared dead by the prison’s medical staff.

McAfee earned a fortune through the sale of his company and other business ventures, but also faced a number of legal troubles over the past decade. Most notably, he was described by police as a “person of interest” in the murder of American Gregory Viant Faull, his neighbor in Belize, but never charged. He also attempted to run for US president twice, in 2016 and 2020, as a Libertarian candidate, although in both cases he failed to gain the nomination.

McAfee had been in prison since October 2020, when he was arrested for tax evasion; he was also facing criminal and civil fraud charges relating to his cryptocurrency promotion. He had been fighting extradition to the US, but lost earlier today when the Spanish High Court authorized his removal to the US.

If you or someone you know is having suicidal thoughts, contact the National Suicide Prevention Lifeline (US), Crisis Services Canada (CA), Samaritans (UK), or Lifeline (AUS). If you are outside of these regions, check this list for a hotline in your country.