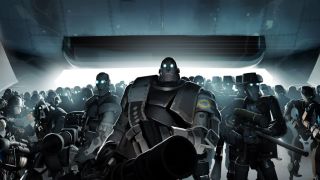 After enduring its longest stretch without an update to date, Team Fortress 2 has finally been given a patch to help fight the game’s enduring bot epidemic.

Team Fortress 2 doesn’t get many major updates these days. But while you can usually rely on a small update every month or so, it’s been over three months since the game’s last update (and that was simply a small map change and a few tournament medals). This week, however, Team Fortress 2 was quietly updated with a number of tools to help prevent a botting problem that’s made matchmaking pretty much unbearable—rounds flooded with fake players that cheat, steal names, and are notoriously tough to remove from servers.

This week’s update, then, offers a few tweaks to help trip up these pesky bots. Vote controls have been tightened up, matchmade games will default to not allowing name changes mid-match, along with numerous “security and stability improvements” likely not disclosed as to keep bot creators for clueing into Valve’s methods.

From the sounds of it, these fixes seem to be working. While the update has had the unfortunate side effect of breaking several server mods, one redditor notes that this also means it broke bot training tools like “cathook”. By and large the response to the update on the TF2 subreddit has been overwhelmingly positive.

I haven’t checked it myself, but I dearly hope they’re right—like Phil, I’ve often found myself wandering back into Team Fortress 2, but fail to see the effortless design under the crowds of server-wrecking robots. TF2 still being the hat marketplace it is, this week’s update arrives alongside the Summer 2021 Collector’s Case, containing 18 new fan-made items and 6 new unusual effects.