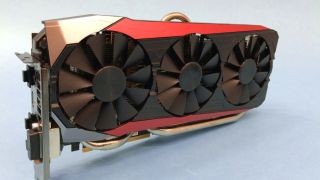 AMD has announced that its latest driver update, which ushers in some kind of support for FidelityFX Super Resolution among other things, will see support for some older cards shifted to a “legacy support model”. Only some of the cards in question aren’t too old and include the Radeon R9 Fury and Nano series as well as 300 series graphics cards (including the Radeon R9 390, which we have a bit of a soft spot for).

It may not sound so bad on first reading either, as a legacy support model still get some support, right? Not really, what it actually means is “No additional driver releases are planned to support these graphics products.” That basically means these older cards won’t get the optimisations needed to make new games run smoothly, or at all in some cases, and any serious problems will basically go unresolved.

I get it, there’s a point where throwing time and resources at cards that fewer and fewer people use doesn’t make sense. You’ve got to draw the line somewhere. Only I don’t think the middle of a global silicon shortage is the right time, especially when you’re talking about GPUs that are still used by plenty of people.

The full list of cards that are no longer being actively supported can be found on this page (via SweClockers), but the highlights include:

It’s not just desktop graphics cards either, with plenty of mobile offerings also seeing an end to support, including some APUs as well M400 and M300 series offerings.

This list also highlights what a mess AMD’s naming conventions are—don’t worry the recently released RX 6000-series is in no way related to the HD 6000-series that is being retired.

Then there’s this entry at the bottom of the document in question:

“For users passionate about gaming, you may wish to consider upgrading to a modern GPU and benefit from exciting new features, improved performance, lower power consumption and broader compatibility with the latest PC games. For information about current graphics products and where to buy, please visit: AMD Radeon™ RX Graphics Cards”

To be fair to AMD this looks like it’s standing copy that has been sat at the bottom of this document since 2019, but it could probably do with updating it a bit in light of the current hardware situation.

AMD isn’t alone in this either, as Nvidia also recently announced that it is doing the same with its Kepler lineup, with the last driver update due August 31, 2021.