Hot News Bloodborne is the most-played Playstation Now game on PC, to absolutely no one's surprise 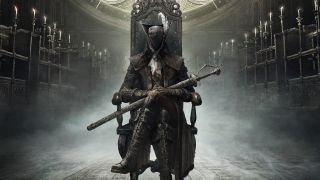 Over on the official Playstation blog, Sony revealed the most-played PS Now games for the period between March 1 and June 1 2021, and at the top of the list sits—surprise, surprise— Bloodborne.

PS Now is a game streaming subscription that allows users to play different Playstation games on Playstation 4 and 5, as well as PC, offering games from the PS2 era to some of the PS4’s biggest titles. While some PS Now games have PC ports, like Horizon: Zero Dawn, PS Now lets you play games even if your PC hardware isn’t fit for handling the port, which is neat as long as you have suitably fast broadband.

For anyone who doesn’t own a Playstation, using PS Now is currently the only way to play Bloodborne. Given that and the game’s enduring popularity, it’s no surprise it topped the list. With more Playstation exclusives making their way to PC, there are more than enough people hoping Bloodborne is going to make the jump at some point, especially since From Software games such as the Dark Souls series are available on PC. Just like Sekiro, Elden Ring will also be available on PC at release.

But there could also be plans for Bloodborne on PC that don’t involve a PC port of the original at all. Frequent leaker Navtra, who correctly predicted Stranger of Paradise: Final Fantasy Origin and Life is Strange: True Colors besides, claims an “ambitious” PS5 remaster is coming, which should change more about the game than resolution and framerate. According to the leaker, this remaster will be developed by neither From Software or BluePoint Games, the latter of which handled the Demon’s Souls remake.

While Navtra has been spot-on about the games being announced, it’s always wise to take rumours with a pinch of salt. Even if the remaster does happen, it could stay a PS5 exclusive for the foreseeable future.

Here’s the full list of the most-played Playstation Now games on PC: