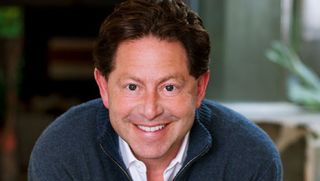 Activision-Blizzard shareholders have approved the company’s Say-On-Pay proposal by a narrow margin, with 54% voting in favour of the executive pay package. This is more-or-less what happened in 2020, when 57% voted in favour, but a significant drop in support from earlier years: in 2019 the vote was 82% in favour, and in 2018 the figure was 92%.

The Say-On-Pay vote allows shareholders to, well, have a say on what Activision-Blizzard is paying the top suits. Various investment groups have been kicking off over just how much CEO Bobby Kotick is paid, for example, to the extent that Activision made “substantial and sustainable reductions in CEO compensation”, including decreasing Kotick’s base salary and cash bonus by 50%, making 95% of his total compensation performance-based, and linking it to other corporate objectives.

Investment group CtW wasn’t convinced, describing these changes as “smoke and mirrors” rather than meaningful change, while urging other investors to vote against it. CtW argued that Kotick’s overall compensation package renders the apparent salary reduction moot.

Activision Blizzard disagreed and, fortunately for the suits, so did enough of the shareholders (though it’s worth adding that this was an advisory vote rather than binding.)

So don’t worry: Mr Kotick will not be reduced to eating rice and beans, far from it. The Financial Times estimates that following this vote the executive will receive a eye-watering $155 million from these various compensation schemes, roughly the same as he took home last year.

The Activision Blizzard board would point out in Kotick’s defence that he has has taken Activision’s market value from under $10 million in 2000 to over $70bn today, with a Scrooge-pleasing 8100 percent increase in shareholder return over that same period.

Following the vote, CtW executive Michael Varner told GI.biz that the last word on the matter hasn’t been spoken: “Activision will be expected to make even further changes in response to a vote where 46% of shareholders expressed discontent, they will not be able to ‘rest on their laurels’ solely with the changes they made thus far to Mr. Kotick’s pay. Also, this marks the sixth time in the past eight years Activision has received less than 70% support for its Say on Pay proposal, and the 2021 vote is the lowest support the company has received on this proposal in its history.”