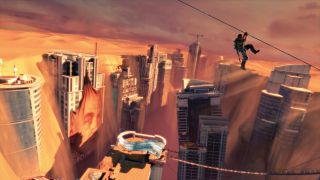 The Chinese juggernaut had originally invested an undisclosed amount in the studio back in February, which Yager CEO Timo Ulmann said would “greatly enhance the scope of our business, not just by getting access to Tencent’s network and resources but by tapping the vast industry know-how Tencent possesses.”

Now German site Games Wirtschaft has revealed that Tencent has acquired a majority stake, with Ulmann saying the original cash injection was a way to test the waters between the two companies.

Yager has largely flown under the radar since 2012’s Spec Ops: The Line. While the game did well critically, it didn’t do the studio any favours financially. Space shooter Dreadnought released in 2018, but the company laid off a third of its staff following its release. In recent years it’s been working on The Cycle—a battle royale attempting to shake things up by throwing questing into the chaos—but there’s not been much news about it for a good couple of years. According to Games Wirtschaft, The Cycle is still in development along with another unannounced game.

It’s yet another investment for Tencent, which seem to be gradually gobbling up all corners of the games industry. It currently has over 300 investments under its belt across tech and entertainment, with some pretty big names in the portfolio. Along with owning Riot Games, Tencent also has a pretty hefty stake in Epic Games and smaller Ubisoft and Activision Blizzard investments.