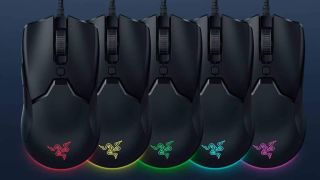 We have already highlighted a bunch of Amazon Prime Day PC gaming deals, and here on the second and last day of the sales event, here’s one more to add to the pile: the Razer Viper Mini, an ultralight gaming mouse that is on sale for only $18.99 today.

That is a 53% savings over its $39.99 MSRP. Looking at the mouse’s price history on Amazon, it normally goes for $29.99, so you’re still saving $11 buck with this deal, on a rodent that is rather affordable even at its full asking price. If it’s a smaller and lightweight gaming mouse you’re after, this is it folks.

Compared to the regular Viper, Razer shortened the length and grip width on the Viper Mini. As such, Razer says it is “recommended for gamers with small to medium hand sizes.” This also played a key role in Razer being able to shave more weight off the mouse—it checks in at just 61 grams.

That’s still not as lightweight as Cooler Master’s MM720, which weighs a mere 49 grams, but it also does not have a bunch of holes in the chassis either, if you’re not a fan of that kind of design aesthetic.

Being small does not mean Razer skimped on features. The Viper Mini sports an optical sensor with an 8,500 DPI, along with six programmable buttons, optical switches with infrared light beams underneath the main left and right buttons, RGB lighting (the logo on the body and an under glow), and onboard memory to save your custom settings directly to the mouse. That’s a lot kit of under $20.