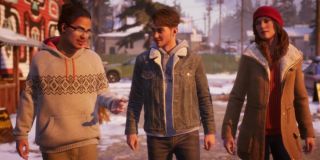 It would be no exaggeration to say that things are going well for Xbox right now; buoyed by the success of Game Pass and great interest in the company’s E3 presentation (not least because of Starfield). Polygon has spoken to Xbox Head of Publishing Peter Wyse about Xbox’s commitment to diversity, a topic that’s just as important as the games.

As an example for diverse games, Wyse uses Dontnod’s Tell Me Why, published by Xbox and currently free for Pride Month until the end of June. “We’re super proud of that game. It speaks to our values around LGBTQIA+ representation, mental health awareness, and more,” he says. Going forward, Xbox Publishing wants to increase their efforts in partnering with diverse game development studios. Xbox is also sponsor to Gameheads, a technology training program for young people of colour and young people coming from low-income backgrounds.

“Phil [Spencer] always talks about that journey of getting the three billion players,” Wyse said—emphasising that this should include players on all different platforms. To that end, Xbox is currently investing heavily in cloud gaming, as it would allow players to enjoy games from different types of hardware.

“I do get super excited about the idea of high-fidelity gaming on a phone […] that’s the carrot I keep chasing, for sure,” Wyse said.

Diversity matters because it’s really everywhere—it affects hiring decisions, game content and even hardware. Accessibility for example is another form of diversity in that accessible hardware and games allow a diverse range of people to play games. Game Pass has definitely lowered the entry hurdles for gaming, especially with a range of games available at launch, but cloud gaming isn’t without its own problems, since depending on where you live or what you can afford, you might simply lack an internet connection strong enough. This is an issue Microsoft itself recently addressed in a blog post, saying it is already involved in initiatives to bring affordable broadband to low-income households in the US.

Microsoft also made progress on its initiative to double the company’s black workforce by 2025. A report released just today states that the company is “64.0% of the way to our 2025 commitment for For Black and African American people managers (below director level)” and has built “active partnerships with Black-owned tech companies and communities”. “In addition, we’ve launched the Black Channel Partner Alliance community to support partners onboarding to the Microsoft Cloud and unlock partner benefits for co-selling with Microsoft,” the report says, so some of that progress might be visible in Microsoft’s gaming arm down the line.

The report gives me hope that Microsoft’s diversity strategy on the whole is more than just PR, but we’ll have to wait and see how things develop in regard to games.

Tags: #Microsoft #Tell Me Why #Xbox