Hot News Fortnite is throwing another concert, this time at London's O2 Arena 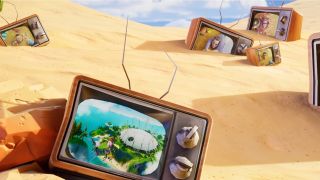 More gigs are coming to Fortnite, this time in a virtual O2 London Arena.

The venue has been constructed in Fortnite Creative as part of a “week-long celebration” in collaboration between Epic, O2 and Island Records. It’s a surprisingly faithful recreation from the outside, though the interior has been hammed up in typical Fortnite fashion. There’s a bundle of secret rooms to explore, along with challenges to complete throughout the week.

The whole thing will culminate with a virtual concert at the end of the week, helmed by UK indie band Easy Life, who have taken over my 2021 music playlist. They’ll be playing six songs from their debut album, each one accompanied by a “unique world” that players will be transported to.

“Being the first UK act to ever perform in Fortnite Creative, and for that performance to take place inside a venue as iconic as The O2, is truly humbling,” Easy Life vocalist Murray Matravers said. “We’re all huge gamers in the band so getting the chance to appear in a game this popular is a childhood dream come true.”

It’s not the first time Fortnite has thrown a gig in its game—the battle royale has housed big names like Marshmello and Travis Scott. Not only did all of these rake in millions of viewers, they also turned out to be a pretty payday for the artists.