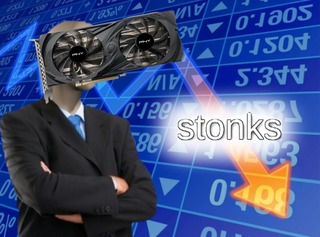 Prices on GPUs in China have dropped as much as 45% following Sichuan province’s order for cryptocurrency mining operations to shut down. Sichuan, which has abundant, cheap hydropower, was one of the last havens for cryptocurrency miners in a country which has become increasingly hostile towards digital currency. Expensive high-end cards have seen little decline, but mid-range and cheaper cards have seen steep declines ranging from 25% to as steep as 45%.

It’s a big tumble for prices, and a big tumble in the mining rate of Bitcoin, which was widespread in China due to the country’s generally cheap electricity provided by renewable sources in rural areas. In recent weeks, the provinces of Inner Mongolia and Xinjiang banned cryptocurrency mining. The Sichuan government has ordered local electricity utilities to watch clients’ power consumption and report any larger than average consumers by June 25th, the end of this week.

First reported in the South China Morning Post, later analysis by Tom’s Hardware not just confirmed the findings, but showed some very telling figures. Where a GeForce RTX 3060 was retailing for as much as $1,531 in May, it’s now dropped all the way to $835 on similar markets.

For more about this, read an in-depth analysis at Tom’s Hardware.