Hot News Everything we know about Stranger of Paradise: Final Fantasy Origin 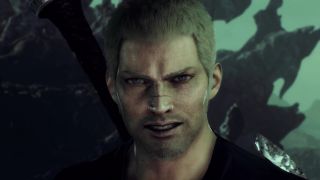 Strangers of Paradise: Final Fantasy Origin is the new action-RPG from Team Ninja, and was simultaneously the highlight and nadir of this year’s E3. The game premiered with a phenomenally bad trailer in which a trio of characters resembling a mid-2000s emo band embarked upon a quest to “Kill Chaos”, as repeated ad nauseam by Origin’s potato of a protagonist. With cringeworthy dialogue and a painfully self-serious tone, it was undoubtedly the most baffling moment of this year’s show.

Yet while the trailer was dreadful, the actual game looks less so. It’s incredibly grey and so edgy it’s at risk of cutting itself, but beneath the “My Bloody Valentine music video” aesthetic is a decent looking fighting game with a couple of interesting systems. Here’s everything we know about Stranger of Paradise: Final Fantasy Origin.

There’s no fixed release date for Stranger of Paradise’s release, but Team Ninja has stated the game will launch sometime in 2022. Given the reaction to the trailer, it may well be later that year, as Team Ninja attempt to rectify some of the criticisms raised. Or double-down on them for viral purposes.

You can squint through your fingers at the Final Fantasy Origin trailer above. It’s a train-wreck, the most bizarre reveal for a game I’ve seen in years. I’m not going to describe it; you must bear witness to the horror yourself. Sit down and prepare to cringe yourself inside-out: this one’s a wild ride.

Now that your skeleton is on the outside, you’re ready to watch the thirty-minute gameplay demo showing Stranger of Paradise in action. It isn’t quite a night-and-day comparison, more night-and-early-evening. But in the demo at least, Stranger of Paradise looks like an entertaining action game rather than a compilation of memes.

It’s also surprisingly raw for an E3 demo, showing extensive navigation of menus and even tutorial textboxes. Frankly, it’s refreshing to see a demo that isn’t manicured within an inch of its life, although I don’t think it’s done Team Ninja any favours, given the (somewhat unfair) complaints about how rough the game looks.

You’re here to kill Chaos! Jeez, were you paying any attention?

Seriously though, Stranger of Paradise is a pseudo-remake of the very first Final Fantasy. It takes place in the same fantasy world as that game, and roughly follows the premise and certain plot points of that game. For example, at one point in the trailer, one of the characters describes the party as “Warriors of Light”, which is pretty directly inspired by FF1’s four “Light Warriors”. Meanwhile, the boss at the end of the gameplay demo is named “Garland”, which is also the name of a knight the player fights in Final Fantasy.

In an interview with Famitsu translated by IGN, creative producers Tetsuya Nomura explained that Stranger of Paradise “is not a direct continuation to FF1’s story, but a new story inspired by it.” Going further, he stated “The game was inspired by FF1. The setting is based on FF1 as well. Where did the Warriors of Light come from and who are they? This is something you find out in the ending of FF1.”

Some dude named Jack. No really. It’s a terrible name for a fantasy video-game lead, albeit fitting for the raging personality vacuum that Team Ninja has created. Jack is the leader of the Warriors of Light, although they should be called the Warriors of Test. He makes Kratos look like the God of Calm, smashing enemies into bloody crystals while screaming things like “I’ll crush you!” and “Feel the pain!”

Jack is accompanied on his adventure by two other characters, Ash and Jed, who might as well not be there for all the impact they have on both the game and the story. Jed is seemingly the comic-relief of the group, with a voice like a weasel being strangled. There isn’t much insight on Ash, sadly. He appears to be the muscle of the group, although given they can all smash enemies into pulp, this would be a rather superfluous characterisation.

Speaking to Famitsu, Normura explained that the title “Strangers of Paradise” related to the roles the three characters play in the world. “Who are Jack and his friends? Are they the Warriors of Light? These function as the main themes in the story, so in the story they are depicted as strangers.” I feel like he should have added “Why should you care?” as I see little in Origins’ approach to storytelling that’s likely to keep me engaged.

The demo shows a cross between the team-based combat of the Final Fantasy 7 remake, with the tougher, more reaction-based fighting of Team Ninja’s Nioh series. Jack can switch between different weapon “jobs”, which include the likes of “Swordsman” “Black Mage” and “Lancer”. Each of these has a different range of attacks and combos that are unlocked by gaining experience. They can also be switched on-the-fly, enabling more nuanced combat strategies.

For the demo’s first half, the combat is a mindless hack ‘n’ slash affair. At the point where Jack and his pals encounter some skeletons, however, enemies become much tougher and able to deal more damage. The final confrontation with Knight Garland is a full-on Nioh style fight, with Garland dealing fast-paced powerful attacks that can swipe a third off Jack’s health bar.

Interestingly, blocking attacks (which you do with an ability called “Soul Shield”) does not seem to completely stop health damage, but health regenerates over time. Hence, it seems you’ll have to be careful about how you time engagements with enemies, finding moments to catch a breather and using special abilities that help regenerate health.