Hot News How to find and grow glow berries in Minecraft 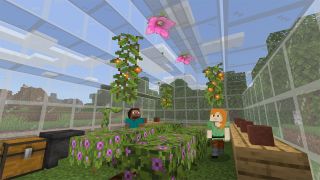 Wondering what Minecraft glow berries do? Glow berries are a new food item added with the latest update. Minecraft 1.17 is the first part of the Caves & Cliffs update, which Mojang decided to split into two halves, earlier this year. But if you’re wondering where to find glow berries or what other uses they have, this guide has all the details you need.

While we aren’t expecting the new biomes until the second half of the update later in 2021, you can find many of the related plants, items, and creatures in the blocky world already, provided you know where to look—have you met the super-cute axolotl yet? If you’re ready, here’s everything we know about Minecraft glow berries.

You can find Minecraft glow berries in the 1.17 update, but they’re still pretty rare. That’s because they naturally spawn in the Lush Caves, a new biome that is arriving later this year. All is not lost though; you can still obtain them if you get lucky with the loot found in random mineshaft chests.

Once the second half of the Caves and Cliffs update is released, you’ll be able to find glow berries growing on cave vines that are located inside caves in the upcoming Lush Caves biome.

Minecraft glow berries are a food source and, like sweet berries, will replenish two hunger points when consumed. You can also use them for breeding foxes if you can find two willing adults and, if added to a composter, have a 30% chance to raise the compost level by 1.

They give off a decent amount of light too, so they should help you navigate the new Lush Cave biome, where they will spawn once the Minecraft 1.18 update arrives later in 2021.

If you’re lucky enough to find glow berries in a chest, the good news is that you can grow more. Simply place the glow berries on the underside of a block—the cave vines that they produce grow downwards—and watch them flourish.

Cave vines only have a 1 in 9 chance of producing glow berries but using bonemeal will guarantee a yield. So you’ll soon have more glow berries than you know what to do with—perhaps it’s time to get creative with some mood lighting around your base.