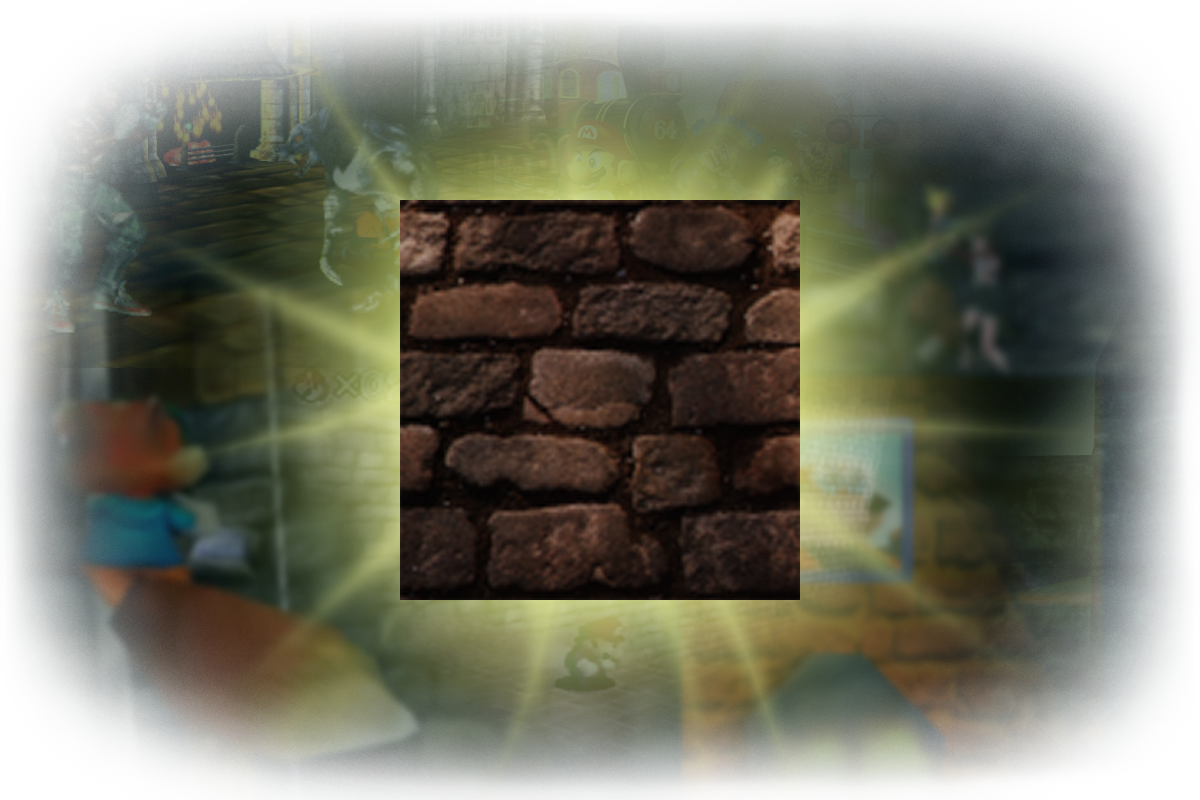 One of my slightly dafter obsessions with videogames is wall textures: the art overlaid onto 3D models that makes them look like a particular kind of surface. This variety of texture is, of course, literally background. If you don’t pay much attention to them then they’re doing their job: what kind of weirdo goes around staring at bricks anyway?

Well the answer to that (apart from me) is folks like Fanamel and their compadres on the Render96 wiki, a resource primarily focused on tracking down texture and sound libraries used by Nintendo. These ‘libraries’ are essentially collections of real-world photographs which are then used by game artists as visual references and, often, the template for in-game assets. For example:

But we’re here to talk about brick textures: sexy, sexy brick textures. The video at the top of this article by Kid Leaves Stoop is a neat summary of the story behind one texture in particular—labelled ‘cobble_stone‘, this image seems to be a source for dozens of videogames produced over the late 90s/early 00s. If you played games in that era you’ve almost definitely seen these bricks: here they are in Final Fantasy VII.

You can see a list with examples of the various games that cobble_stone has appeared in here, with Nintendo 64-era Rare appearing to be extremely fond of it. This is just the tip of the iceberg of what folks like Fanamel come up with, however, with some of their finds being simply astonishing. Who notices stuff like this?

The answer of course is: geniuses. I appreciate textures but these peoples’ ability to spot how stock images have been re-purposed and used in decades-old games is simply remarkable. Now if you’ll excuse me, I’m off to stare at the walls.