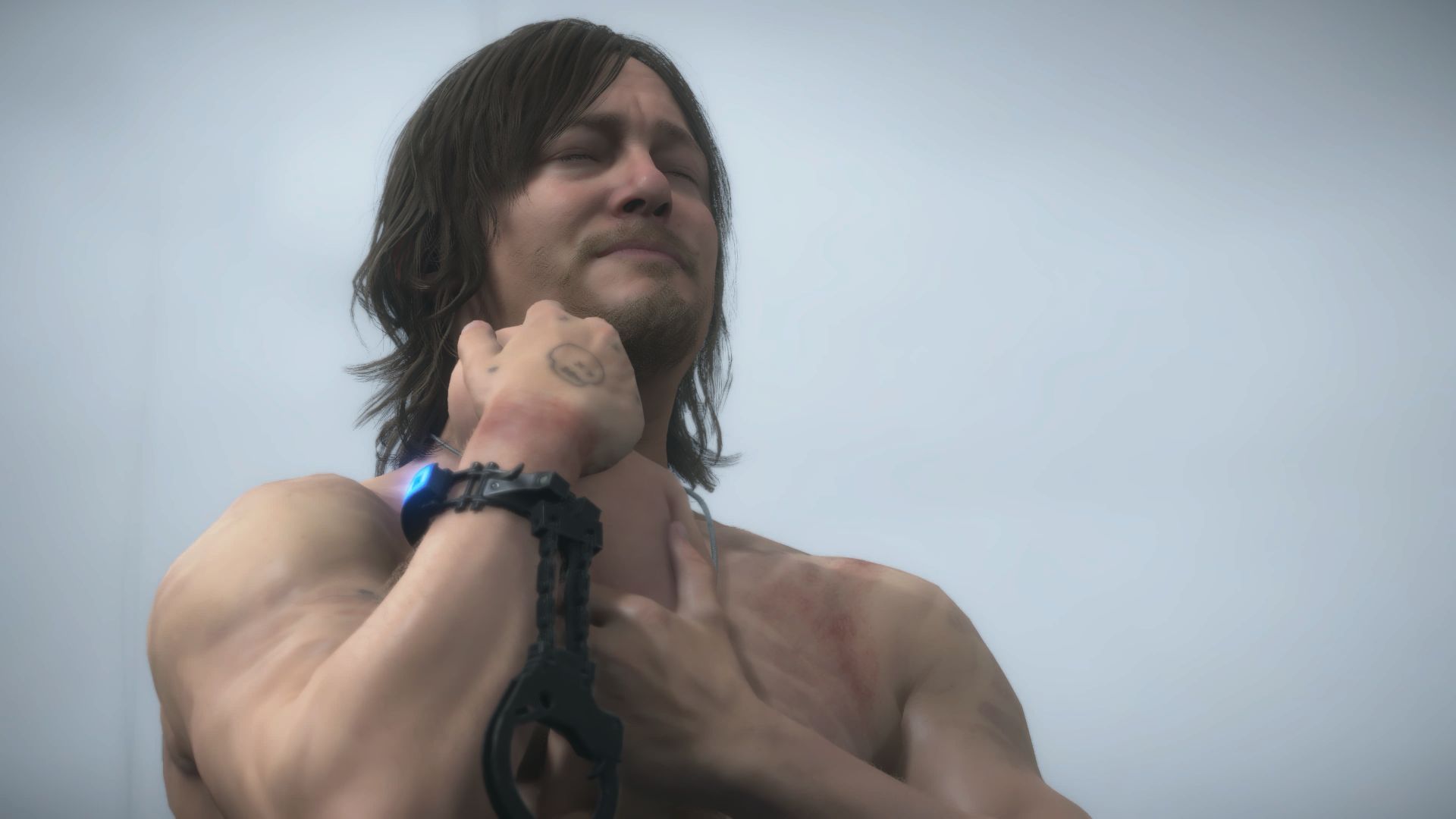 A couple of years ago, we asked if a game had ever made you cry. Since then the art of extracting player tears via digital means has presumably been refined even further. Maybe sad cowboys do it for you, or sad high schoolers, or sad parents, or sad ladies who have extremely large swords. (The swords are also sad.) We’ve got plenty of different varieties of moping here in videogame land. Which one has hit you in the tear ducts most recently?

What’s the last game that made you cry?

Natalie Clayton: I came to the brink of tears a lot during my recent time with Sable. That game’s opener provides such a warm, earnest sense of a community you know you’re about to leave that when a kid admits to stealing your stuff just to keep you around, it feels like a punch to the gut. But if we’re talking full waterworks, it’s gotta be Pyre. Without fail, having to pick someone from my party to be liberated from our wizard-sports purgatory tears me all the way up. It’s a bittersweet goodbye—the loss of knowing that they’re going somewhere better, that you might even see them again, but acutely aware of the empty spot where they used to fill in your caravan.

Shaun Prescott: Since she was three my daughter and I have been building a town in Minecraft Creative mode. It started with me handling the controls for her, so the town started a bit weird and experimental—I just wanted to show her the crazy unrealistic stuff you could do. Then it sprawled in a more sensible way once we had a better plan and we became better builders. We built a town square, a supermarket, lots of terrace houses, an aquarium, and a “pink fairy mountain” (a pink platform on a snowy hilltop). Over the past three years the town has gradually become enormous, and it’s possible to trace her development as a now six-year-old: the parts I built, the parts she built when she was learning, the parts she built now that she’s adept.

Now my four-year-old son is involved and there’s a strange apocalyptic void just west of the outdoor restaurant (he’ll get there). Sometimes I marvel at this world and how it has captured a little part of my kids’ growing up. It’s a melancholy kind of remembering, more like listening to a song than looking at a photo. And yeah, it has made me cry but just a little bit.

Robin Valentine: It’s actually been quite a while for me. I don’t know if that speaks to there being less tragedy in the games I play these days, or me growing an ever harder heart. I do think the ’emotional indie’ ended up becoming such a cliché that I now often find it hard to really lose myself in those sorts of stories. Whereas if you stick any Pixar movie on my telly I’ll be blubbing before the end of the first act.

I’m pretty sure I shed a tear for the final season of Telltale’s The Walking Dead—after such a long journey with Clementine over the course of those games, and with the added meta-context of it being the end of Telltale as a studio too, it was hard not to feel melancholic by the end.

Lauren Aitken: The final conversation with Garrus and FemShep made me cry for the billionth time while playing the Mass Effect Legendary Edition. Their romance is one of my favourites as you see them both become so vulnerable with each other, sides they wouldn’t show to anyone else in the galaxy. The joke about meeting at the bar hits hard every time, as do the final “I love you”s and “your boyfriend has an order for you: come back alive.” If only I could, my giant bird-like love. Still not ready to talk about what happened to Arthur Morgan, though.

Richard Stanton: Skate or Die: Bad ‘n Rad on the Gameboy. It was one of those games where you went right back to the start when your three lives were up, it was a bit of a bastard, and I got to the last boss with full lives and he still did me in. I headbutted the screen in frustration and cracked it. Tearfully told my dad I’d dropped it on the floor, he somehow got it replaced. The perfect crime.

Tim Clark: Like, obviously I didn’t full on blub, but the closest I came was during the ending of Killer7. Until that point, I’d largely found the game—a cel-shaded, partially on-rails shooter—to be as nonsensical as it was stylish. Which is to say very. You play an elderly assassin locked in an ancient battle with a seemingly immortal rival. Matters are further complicated by the fact you have *checks Wikipedia* Multifoliate Personae Phenomenon, enabling you to manifest as seven less elderly assassins—the Killer7 syndicate. Between the bizarro puzzles, geopolitical suicide bomber plot, and frequent references to The Smiths (yes, the band), it’s fair to say my handle on what was going was looser than a newborn baby holding a powerdrill.

I still won’t pretend to entirely understand the denouement, but there’s a revelation that happens as part of the closing couple of levels that shifts the player’s perspective on everything that’s gone before, casting a melancholic light over the arthouse madness. It’s the kind of rug pull that people love in movies like The Usual Suspects and The Prestige, although I’d be hard pressed to say it makes conventional sense. It’s more you intuit the meaning in the same way you do once Mulholland Drive’s narrative comes into focus. I still can’t recommend Killer7 in good conscience for most players—although it is only $12 on Steam right now—but it has stayed with me ever since as the game which made me feel something like real sadness.

Sarah James: Most recently, it was Final Fantasy 12, the bit where the party heads to Eruyt Village and Fran has to tell her sister some hard truths. I don’t think I can get through any FF game without shedding tears at some point, though. Before that? Either The House in Fata Morgana or World of Warcraft’s Sylvanas Warbringers cinematic (if that counts). Absolutely kills me every time.

Steven Messner: I’m a crybaby when it comes to movies and games, but the last time I really cried was Ghost of Tsushima. I won’t spoil it (because it’s a fantastic game despite not being on PC), but there’s a duel near the end that was just oh so very emotional—even when I suspected that showdown would be coming eventually. It was funny because I had also stopped playing the game for a number of months and had only recently picked it up again because I bought a PS5 and there’s nothing to play on it, so I wasn’t even that attached to the story. But that one scene really brought me right back into the drama. It was like 8am too, and I was just sitting on the sofa with tears streaming down my face.

Wes Fenlon: I think the end of Bastion got me a bit choked up. I really wasn’t prepared for it: after the big fight, carrying Zulf to safety while being bombarded with arrows, unable to anything but keep marching forward and listening to the music… damn, that was a moment.

Leave a reply "Hot News What's the last game that made you cry?" Cancel reply

Related Post "Hot News What's the last game that made you cry?"