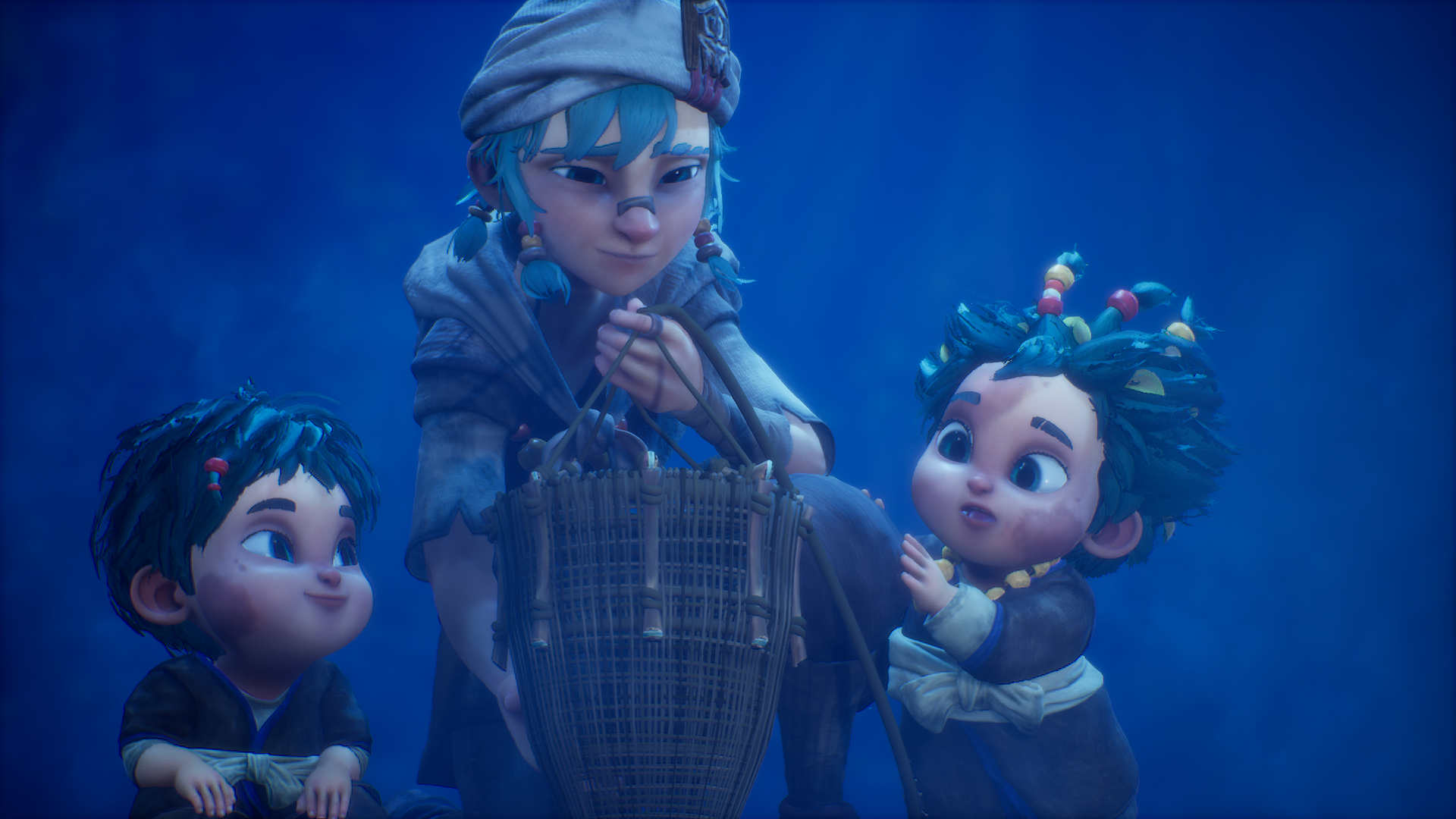 Kena: Bridge of Spirits is a looker, and the Pixar comparisons that have been flying around are, to an extent, justified. The lush world and its big-eyed inhabitants radiate with personality. Even the bulbs of corruption that plague the land are oddly attractive. Kena’s got the Hollywood looks down, but it’s also got the Hollywood determination to play it safe.

Kena: Bridge of Spirits might look like a Zelda game at a glance, but it’s a largely linear action-adventure game that takes place in one large map, and you’re rarely required to retrace your steps. The map is dotted with warp points anyway, and the game autosaves regularly, so you’re never in danger of losing much progress or repeatedly running through the same empty areas. It keeps the story moving throughout its 8-10 hour runtime without too much friction outside of some potentially tricky fights, depending on your chosen difficulty. Overall, Bridge of Spirits is a pleasant cruise through familiar action platforming waters.

Kena herself is a spirit guide. It’s her job to help souls move on from the mortal plane. This means searching three areas for relics attuned to the spirit, clearing corruption and defeating lesser unfriendly spirits on the way. Seeking out personal items in order to gently move a soul on, I can understand, but repeatedly hitting them in the face with a stick? Seems rather unorthodox, but I guess that shows what I know about spirits.

Combat, of which there is a lot, works just fine, but I can’t get any more enthusiastic about it than that. There’s a light attack, a heavy attack, a block and parry, and other abilities to unlock (including a bow, which becomes vital both in combat, and for switches used in the light traversal puzzling). Although some enemies require specific tactics to defeat, or to defeat effectively, generally speaking it’s all a bit button-bashy. It doesn’t help that arenas tend to be fairly small, and enemies often approach from off-camera. I end up dodging a lot.

The little creatures that accompany you on your journey are known as the Rot, and good god they are adorable. You can sit down to admire or play with them whenever you like, but they also have practical uses. During fights, you charge up ‘courage’ which allows you to send them to distract an enemy, help destroy an enemy spawn point, or activate an unlocked ability (such as the Rot Hammer, which takes a pleasing chunk out of enemy health bars). Poking around off the main path will sometimes yield new little followers, which suits my playstyle well. And I must admit, the Rot do make themselves useful on occasion; one boss was frustrating me immensely, digging into the ground as soon as I got close, until I realised that I could order my adorable army to hold it in place for a few seconds while I got some hits in.

The Rot are also essential to progress while exploring the overworld. They’re used to destroy areas of corruption blocking your way, and you can order them (at specific points) to throw switches or carry objects around. There are a few neat implementations of this but, generally, the potential here is agonisingly underexplored.

The fundamental issue with Kena, which rears its head almost everywhere you look, is that you’ll have done almost everything on offer here a hundred times before. Combat is very familiar, complete with enemies carrying glowing weak spots. There are giant flowers which act as grapple points. There are targets to shoot within a time limit. The ledges you can grab on to are, as is tradition, marked with what I can only assume is bird poo. Strategic use of game design conventions isn’t inherently bad, but in no area does Kena reach beyond convention.

The story feels a little incomplete—cutscenes sometimes come across as deleted scenes from a movie I haven’t seen, and none of the characters are particularly fleshed out, least of all Kena herself—but it did generate enough curiosity to keep me wanting to move forward. On the surface, it’s another conventional choice: a village and land ruined by a magical evil, spirits that need help leaving the mortal realm. However, it doesn’t hurl its themes at you like a pie filled with sentimental life advice, which plenty of media is guilty of. Its comments on grief—and the terrible things people can do when driven by that dark engine—are nudged toward the player gently and easily identified as everyday truths.

The art and story help prop up the so-so gameplay, then, but there are still combat and platforming highlights to be found. One of the final bosses is quite good, forcing you to constantly look around and switch between your bow and staff. The sticky bomb mixes things up a little once you unlock it, too. It’s useful in combat (and compulsory for one enemy type), but it’s also used for some traversal puzzles. An explosion temporarily raises debris into the air, meaning you need to quickly jump from one chunk of masonry to another (and sometimes rotate them with a well-placed arrow) before you plummet to your doom. Although you’re not required to make the shots in mid-air, you’re always on a strict time limit. The greatest challenge, really, is locating the crystals you need to shoot on rotating platforms.

If I weren’t having any fun at all, Kena’s cute little spirit pals and unnerving enemies wouldn’t have kept me going. It’s enjoyable enough to play that its characters and environments—sun-kissed forests, moody caves, a snowy mountain—aren’t wasted, even if they aren’t used to the fullest. I enjoyed exploring them all, despite having to fiddle with the settings to get performance I was happy with.

With my GTX 1650 and 8 GB RAM—sitting at the lower end of what’s required—Kena ran pretty smoothly for the first half of the game. From the second half onwards, however, I started to run into significant framerate drops, and had to lower the graphics settings to tease out the performance I was getting at the beginning. The number of visible Rot on screen is a factor, and there is a setting that limits how many are visible at once. Developer Ember Lab also says that future patches will contain Rot optimization improvements, among other things.

If you’re wondering where the spirits go after Kena so generously beats them up, Bridge of Spirits does answer life’s ultimate question, as she at one point crosses over to The Other Side while chasing a spirit. What is life after death like? It seems that the answer is ‘ever so slightly purple’.