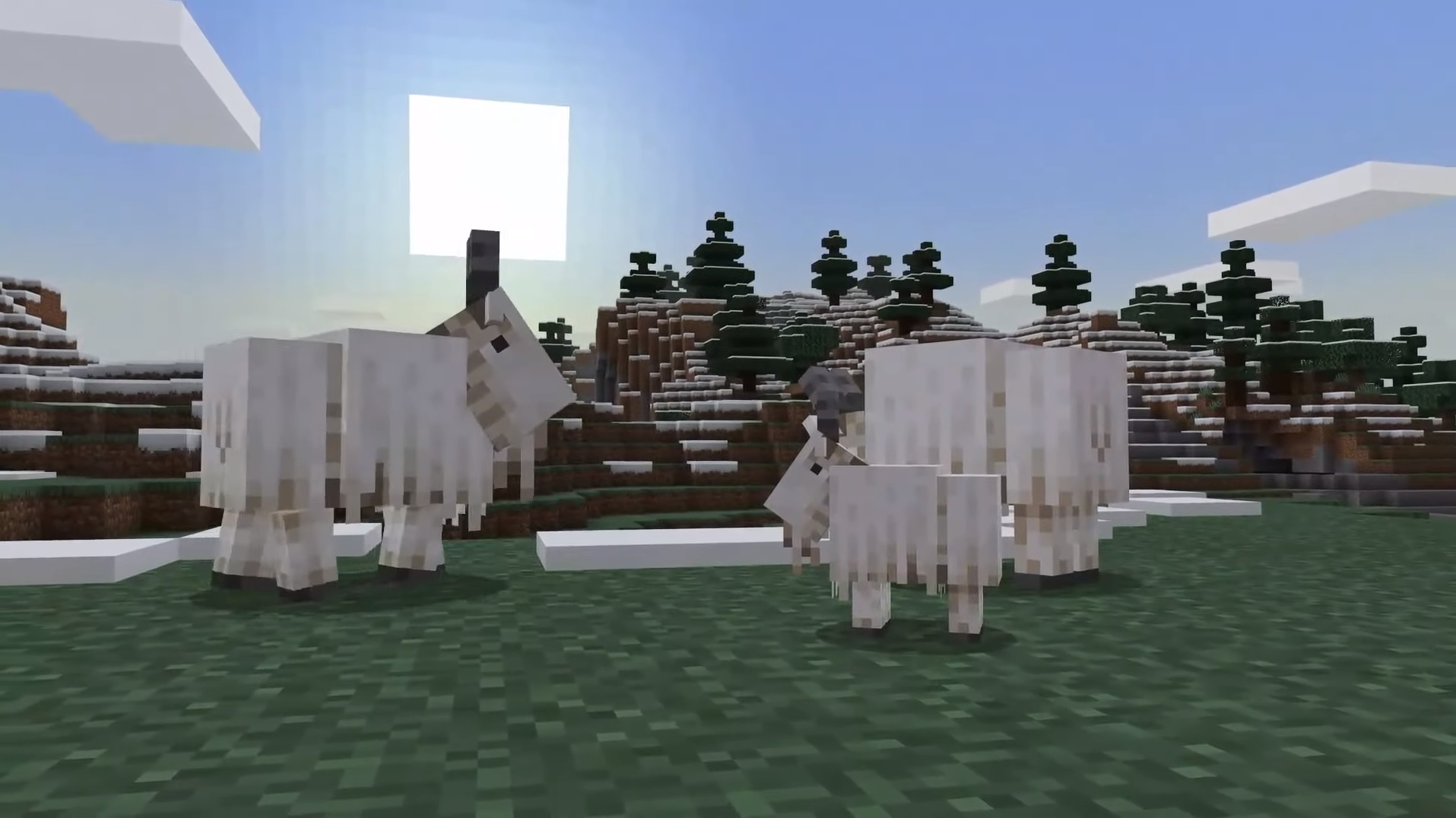 Mojang has updated its behind-the-scenes ‘Secrets of Minecraft’ YouTube series with a brand new episode focusing entirely on the Caves and Cliffs update. Within the stack of neat facts about the update’s development process, the funniest snippet of the bunch is that the team used real-life goat screaming to voice the update’s new goat mob.

The video’s comical (if slightly passive aggressive) animated co-hosts explain that Mojang used a mix of both genuine goat noises and human voice acting to imitate real goat screaming and that the ratio of human to goat screams you’ll hear in-game is around 50-50.

The goat screaming facts don’t stop there. The episode also reveals that our new favourite mountain-dwelling mob was inspired by a viral video of goats, specifically goats yelling like humans. If you weren’t around on YouTube back in 2008 and haven’t had the pleasure of seeing this bizarre phenomenon, I’ve left a link below.

The video also shows concept art for each new mob in the update including adorable drawings of the axolotls and Minecraft’s upcoming ferocious new monster the warden. Another secret revealed were other names Mojang considered for the update’s title, and we might have been very close to having ‘The Down and Up-date’ or ‘A Very Miner Update.’

The first part of Minecraft’s Caves and Cliffs release is out now, but Mojang has kept it hush-hush about when part two will hit our PCs. The upcoming Minecraft Live might have more information, but all we know for now is that it’s due sometime this year.