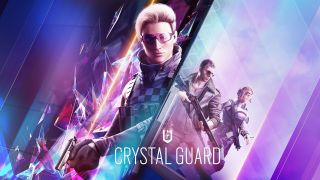 Whether you prefer to blast through walls and go in full force as an attacker, or you prefer to hold your corners, and wait for the opportune moment, we can all agree that Rainbow Six Siege’s variety of operators keep the game incredibly competitive. Well, what better way to flip the whole fight on its head than a new defensive attacker?

Here is everything you need to know about the new operator Osa, available in the premium battle pass in Crystal Guard on Rainbow Six Siege.

Osa is an engineering prodigy from Croatia who fights alongside Team Rainbow, she’s a medium range, two-speed, two-armour attacker, focused on giving her teammates a bit of a defensive edge when pushing a room.

Most likely the question on everybody’s mind when a new Siege operator is announced is ‘what can they do?’ Osa has an ability that will change a lot of players’ strategies. She has a see-through, bulletproof shield called the Talon-8. It can be placed in windows, doorways, and even in the middle of the floor for a lot of awkward face-to-face standoffs. The shield knocks out barriers as it is deployed, giving the attackers a great chance at peeking corners, staring down long corridors, and dominating rooms.

While the Talon-8 is roughly the same size as the shields the defenders have access to, Osa’s shield actually covers her head while it’s being carried. But, thankfully, there is a way for opposing players to take the shield down! Firstly, meleeing the shield will cause it to crack just enough to lose it’s transparency.

If you want to take the shield offline, much like Mira’s ‘Black Mirrors’, there is a pressurised canister at the bottom of the shield that can be shot out, or blown out using C4 or a grenade. Doing so will drop the shield exposing everybody using it for cover, just make sure you’re ready to shoot, or you’ll drop just as quickly as the shield did.

Primary: Osa can be armed with the 556xi assault rifle, or the PDW9 submachine gun in her primary slot.

Secondary: The PMM handgun will be in Osa’s secondary slot.

Equipment: In the equipment slot, players will have access to either a claymore, or smoke grenades.

If you’re looking to keep dominating in Rainbow Six Siege or you’re a new player wondering which operator is right for you, unlock Osa in the premium battle pass and you can start using the Talon-8 to give the defenders a taste of their own medicine in the new season Crystal Guard.

Leave a reply "Hot News Rainbow Six Siege: Everything you need to know about the new Operator" Cancel reply

Related Post "Hot News Rainbow Six Siege: Everything you need to know about the new Operator"