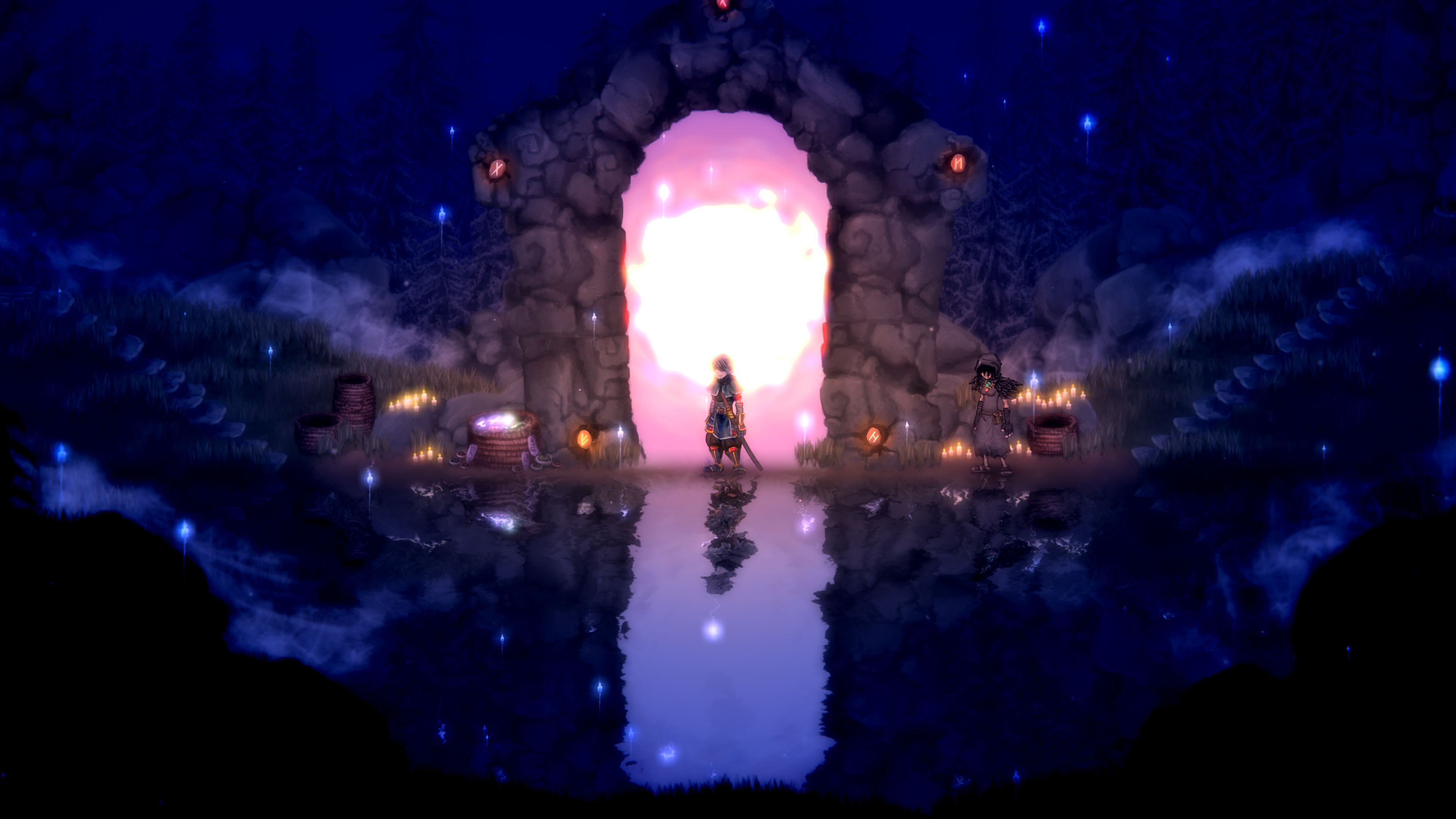 Salt and Sacrifice is the upcoming sequel to 2016 Soulslike Salt and Sanctuary, one of the best-received of the early Soulslike games. Developers Ska Studios have posted 10 minutes of gameplay from the current, in-development build of the game, showing off an armored warrior bashing, sliding, slashing, and wall-jumping their way around an environment populated by spooky, ghostly warriors and very, very large glowing wizards.

Seriously, look at those wizards at 1:20, and at 6:20. Those are big wizards. Then one comes back later and just starts throwing fire everywhere. Notably, it’s also throwing fire at other enemies. So at least we’ve got that going for us as we go about seeking that most wonderful of messages: “Mage Devoured.”

Salt and Sacrifice was announced just over a week ago at the kickoff event for the Summer Game Fest. You can read about that right on PC Gamer, along with a few choice quotes from the developers. The original game was on our 2019 list of best Souls-like games on PC.

It’s a first look at the sequel proper, absent trailer-type editing, where players will take on a sprawling 2D, side-scrolling environment as one of eight classes—Highblade, Paladin, Assassin, Cleric, Dualist, Fighter, Ranger, or Sage. Sadly, the gameplay doesn’t give us a look at the new skill tree.