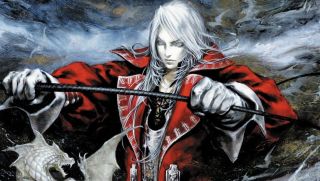 In 2019, Konami released the Castlevania Anniversary Collection, collecting eight of the classic Castlevania games and making them available again, including on PC. It didn’t include all of the fan favorites, however, like Rondo of Blood or its sequel Symphony of the Night. Word of a new collection, not yet announced by Konami, has snuck out via the Australian Classification Board. On June 18, the Castlevania Advance Collection was rated M for “fantasy violence” in Australia.

The name suggests this will be a bundle containing the Castlevania games released on GameBoy Advance: 2001’s Circle of the Moon, 2002’s Harmony of Dissonance, and 2003’s Aria of Sorrow. So no, Symphony of the Night seems likely to be left out again. Sorry.

Meanwhile, Netflix is working on a brand new Castlevania series now that the popular animated show has wrapped up its fourth season.