Hot News Back 4 Blood will be always-online at launch 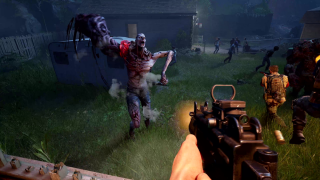 In response to a question about whether Back 4 Blood could be played offline in solo mode with AI team-mates, developers Turtle Rock replied, “We’re looking into ways we could support offline for the future but you will need an internet connection to play at launch.” That’s a shame, because both of the Left 4 Dead games support offline play and some players were hoping Back 4 Blood would follow suit. It also won’t have split-screen play at launch, with Turtle Rock noting that, “We’d love to support this in the future but won’t be launching with it.”

Hopefully both features come in post-launch updates. Turtle Rock did earn some goodwill recently by announcing that DLC will be accessible to all players in a party as long as the leader owns it, as is also the case in games like Vermintide 2. It’s a relief to know that DLC won’t fragment players.

Back 4 Blood is due to come out on October 12, and it will have a PvP mode that lets a team control the zombies.