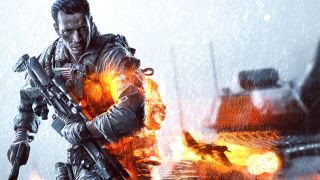 The reveal of Battlefield 2042’s gameplay trailer during the Xbox and Bethesda showcase at E3 this year seems to have gone well, if the spike in player numbers for Battlefield 4 is anything to go by. Excited players have been flocking to the last ‘near-future’ game in the series (Battlefield 4 is set in a fictional 2020, as imagined in 2013 when it was released) in such numbers that EA has had to boost the server capacity to cope with the influx.

“We were absolutely blown away by your excitement and reactions to the recent Battlefield 2042 reveal”, an EA community manager wrote. “Since then, many of you have jumped back into Battlefield 4 to already get a taste of the return to all-out-warfare. We’ve been monitoring your experience and noticed queue times in the US West region were far longer than in other regions. Good news, we’ve increased server capacity for this region – you can expect less waiting, and more playing.”