Hot News Stalker 2: Everything we know about your return to The Zone 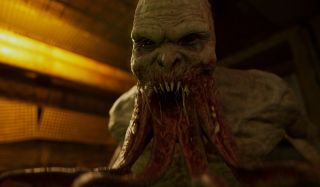 Stalker 2 is officially on the way. The long-awaited follow-up to the dearly beloved (and lovingly janky) Stalker series will return players to The Zone, a heavily contaminated and extremely dangerous area surrounding the Chernobyl Nuclear Power Plant.

The first-person survival shooter series is known for its bleak atmosphere, terrifying monsters and mutants, and extremely unforgiving combat. Fans (including myself) have been waiting for a decade for the sequel that was originally announced in 2010.

Here’s everything we know about Stalker 2.

Above you can point your eager anomaly detectors (your eyes, I mean) at the Stalker 2 trailer shown at E3. It begins, as everything Stalker-related should, with a group of mercenaries sitting around a fire while someone plays the guitar. We get a look at some gunplay as a Stalker, Skif, raids a camp—it’s a bit more Call of Duty than we’d expect from Stalker combat, which typically involves being exceedingly careful and not rushing headlong into a group of enemies. We also see some on-the-fly weapon modding and some nice-looking explosions, and an encounter with a bloodsucker, a monster seasoned Stalker players are quite familiar with.

Then there’s an expedition into a bleak looking swamp to find an artifact. It definitely looks very Stalkery, as we see a headcrab-ish monster get sucked into an anomaly, and Skif uses a new detector and some thrown bolts to avoid another, followed by the acquisition of a precious artifact.

If you want to get a blow-by-blow explanation from the devs themselves, you can also watch highlights from the same trailer with some commentary below, where we learn there’s a small detail that hints at a new (possibly military) faction, and that artifact shown can be used to stamina. There’s also a cameo at the end from Sergiy Grygorovych, founder of GSC Game World:

If you want to see some earlier footage from Stalker 2, there was also a teaser back in 2020 that “demonstrates the level of graphics and atmosphere we are aiming to achieve on release” as well as an in-engine teaser.

The maps in the earlier Stalker games were big, but they weren’t entirely open worlds. While sizable, they were broken up into chunks and you were funneled through a few specific access points to travel between them.

Stalker 2 will officially be a seamless open world game. “For the first time in the series, the Zone will be yours to explore as a post-apocalyptic open-world—one of the biggest ones to date,” says GSC Game World.

There’s a lot of simulation happening in Stalker games—members of the various human factions wander the Zone, same as you, and there are all sorts of mutants and creatures out there creeping around, too.

These different entities clash and interact, even when you’re not around to see it. In the previous games, a system called A-Life simulated the world and its inhabitants, and now A-Life 2.0 will do that in Stalker 2.

Not much about the story has been revealed, but the scenario sounds the same as the previous games. “Bounty hunters delve deep into the Zone, driven by its treasures and mysteries. Some of them are running from their past, others are blinded by money, and some are obsessed with finding the truth behind all the mysteries.”

The story will be non-linear, and GSC says “Your choices will influence both short-term consequences and global outcomes.”

GSC has confirmed RTX support for Stalker 2 on the Xbox Series X and Series S, and 4k resolution for the Series X, which means we can safely assume the same features will come to PC.

Yes, you do. That’s not official, that’s just my personal directive to you because two of the Stalker games (Shadow of Chernobyl and Call of Pripyat) are excellent.

Leave a reply "Hot News Stalker 2: Everything we know about your return to The Zone" Cancel reply

Related Post "Hot News Stalker 2: Everything we know about your return to The Zone"