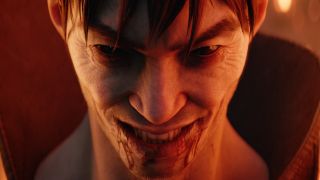 One of the bigger surprises of this year’s E3, Redfall is a new cooperative shooter from the Austin branch of Arkane—the studio behind games like Dishonored and Prey. It is not, I repeat not The Elder Scrolls 6. Much as Redfall might sound like an Elder Scrolls subtitle, that game isn’t coming out for years. Sorry!

As for what Redfall is, well, that’s an interesting question. The reveal trailer Bethesda showed off makes it look like Left 4 Dead with vampires, but a closer look at the available information reveals an intriguing hybrid of Valve’s cooperative masterpiece and the design ethos that made Arkane such a highly regarded developer.

Arkane hasn’t given us an exact day to expect Redfall. But there is a rough launch window: summer 2022, which is specific enough, this far out. That said, given the ongoing pandemic and its various side effects, alongside the generally tricky nature of game development, I wouldn’t be surprised to see Redfall slip into late next year.

Above you can sink your teeth into Redfall’s E3 announcement trailer. It shows the game’s four playable characters hanging around an abandoned convenience store, before flashing back to an intense battle the group experienced on the same street. Using guns and various powers and abilities they fight a group of masked humans, followed by an encounter with Redfall’s primary adversaries: a swarm of powerful vampires.

You betcha. Redfall is coming to Game Pass on day one.

While the specifics of Redfall’s story are unknown, Bethesda has sketched out the basic plot. According to a reveal page for the game, Redfall is an island town that “used to be known for its quaint streets, breezy boardwalks and charming neighbourhoods. Then the vampires moved in and ruined everything.” (Sure sounds a lot like The Lost Boys’ Santa Cruz.

Redfall’s vampires are not typical undead bloodsuckers. Instead, they’re the product of a scientific experiment gone wrong. I assume that experiment wasn’t “Can we make vampires?” because that would be astonishingly stupid. The page also mentions that these vampires have managed to “eclipse the sun,” which gives us some insight into their power (and Redfall’s wilfully schlocky tone). Bethesda has yet to confirm whether Redfall is a tie-in with the classic Simpsons episode “Who shot Mr Burns?”

Redfall lets you play as one of four characters, each with a different backstory and particular set of skills. Here’s a quick rundown of the motley crew:

With a degree in biomedical engineering from Redfall Technical University, Layla worked at a local research organisation named Aevum Theraputics before the vampire attack. Her last memory prior to the takeover is of some terrible occurrence at the facility, before she woke up with powerful (and extremely purple) telekinetic abilities. In short, Layla is the mage of the group, able to push and pull objects in the world.

Dev is a professional influencer specialising in cryptozoology and investigating the paranormal. He ventured into Redfall specifically to document the events happening there, and probably to sell branded trainers to his audience in the process. But he isn’t there exclusively to take selfies and flog crummy merch, he’s also an inventor, fighting with weapons of his own creation. This likely means there’ll be some kind of crafting or weapon-modding element to Redfall, centering around the Devmeister (which is probably how he refers to himself).

Remi de la Rosa is a combat engineer and a special rescue operative in the US Navy. She’s also a genius, apparently, exemplified by how she’s built herself a robot companion to fight by her side. The robot’s name is Bribón, which translates from Spanish roughly as “rascal.” It also sounds like a brand of probiotic. For a healthier gut, drink Bribón!