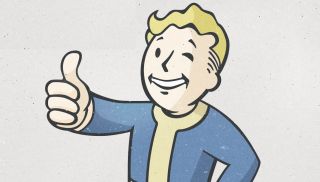 Fallout 76 project lead Jeff Gardiner has announced he is leaving Bethesda Game Studios after 15 years working on the series. Gardiner joined the studio in 2005 and has loads of credits, mostly on the Fallout series but also on The Elder Scrolls.

“My time at BGS has come to an end. It has been an amazing ride, from producing the designers on Oblivion, Fallout 3, and Skyrim, to lead producer of Fallout 4, and finally project lead of Fallout 76,” Gardiner tweeted. “I will miss my co-workers and want to thank the amazing fans. Stay tuned.”

While Fallout 76 launched in a poor state (Todd Howard said “there was very little we didn’t screw up”) Gardiner and the team have managed to steer it in the right direction, with regular content updates adding some neat stuff. Actual characters you can speak to, for example, were a much-needed and well-received addition in the Wastelanders expansion.

As for what’s next for Gardiner, while his original tweet said to “stay tuned” that was likely a reference to whoever ends up taking his role running Fallout 76, which has another expansion planned for 2022. In response to a user on Twitter asking about his next move, Gardiner wrote “I have no immediate plans right now. Taking some time to reflect.”