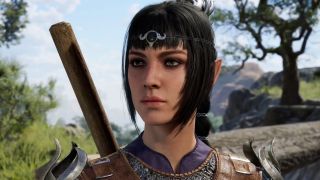 One of PC’s greatest RPGs is getting a sequel made by the creators of another one of the best RPGS of all time. It’s been almost 20 years since Baldur’s Gate concluded in Throne of Bhaal, but Larian Studios is finally taking us back to the Sword Coast. After a couple of delays, Baldur’s Gate 3 now out in Early Access and receiving regular patches and updates, but there’s still a long way to go before it’s finished.

Despite the name and embracing the rules of D&D, Baldur’s Gate 3 is still a distinctly Larian game. Combat is turn-based, for instance, which makes it more like D&D but less like Baldur’s Gate. And like Original Sin 2, It’s a systemic RPG that compels you to experiment, trying to capture some of the freeform adventuring that you might get up to in a tabletop game.

Thanks to the arrival of the Early Access version, we’ve got a much better idea of the kind of Baldur’s Gate that Larian’s trying to build. So read on for everything we know about Baldur’s Gate 3.

Baldur’s Gate 3 definitely won’t be ready in 2021, Swen Vincke has confirmed. “We are really trying to get the game done by next year,” he said. “It’s not gonna release this year for sure.”

Baldur’s Gate 3 had its Early Access launch on October 6, 2020. When announcing the Early Access date, Vincke said “we intend to stay there for awhile”. In an April 2021 interview players were cautioned not to expect too much too soon. “I know that the community wants us to go faster than we can,” Vincke said. “It does take time to implement things, especially for a game that’s as vast as Baldur’s Gate 3”.

We do know that Baldur’s Gate 3 will release on GOG and Steam, along with Stadia.

Baldur’s Gate 3 is still in Early Access, but what we’ve played so far is very promising. It’s a slightly anarchic sandbox at times, letting you sneak around pushing people off ledges, or dropping boulders on heads, like you’re some fantasy hitman. It’s great! The story doesn’t really get going, as you’ll finish just as clueless about what’s going on with mind flayers and what you’re going to do about this pesky tadpole that’s been inserted into your head.

It’s all subject to change as well. According to Destructoid there are “significant changes in the main storyline that weren’t ready or included yet, even in this first act area”.

There are, of course, plenty of bugs, balance problems, missing dialogues and voice acting, and all sorts of other issues, and you’ll never actually get to finish your character’s adventure. Inevitable save wipes means all of your creations will be fleeting. Give our Baldur’s Gate 3 Early Access review a read to help you make your mind up. We’ve also explored how Baldur’s Gate 3 compares to the classic games.

Baldur’s Gate 3 Early Access contains the first act, which should take you around 25 hours to finish. But that really depends on how many fights you get into—there are plenty of ways to bypass them—and how much exploring you do. There are clear paths and a main quest that will take you all across the map, but there’s plenty to find off the beaten track. If you’re in a rush, it can be finished in seven minutes.

This doesn’t necessarily mean you’ll spend more time in your playthrough, however. You’re not going to see all of these encounters and conversations all in a single run. Instead, they represent the much greater number of permutations—there’s more potential, more paths.

When it comes to races, the usual humans, halflings, elves and the like are represented, of course, but you’ll also be able to make tieflings, drow, githyanki and even a vampire spawn. Along with having an impact on dialogue, these choices also give you access to special abilities and story beats, like the vampire spawn drinking their companions’ blood. Here’s all the details about Baldur’s Gate 3 races that are playable so far.

Classes are obviously important too. “The stories are very much tied to class at times,” senior writer Adam Smith told us in our first look at Baldur’s Gate 3. “Class is such a part of identity in D&D, in a way that it wasn’t in DOS2.” Larian says that in the full release of BG3 we’ll be able to play as any class from the Dungeons & Dragons 5th Edition ruleset.

At the moment, you can play as one of seven classes: Cleric, Fighter, Ranger, Rogue, Warlock, Wizard, and the most recently added Druid. Druids can wildshape into various animals, including badgers. They were added before more popular options because they were tricky to implement, so expect the next class to be another complicated one. As Swen Vincke has said, “we’re not going to necessarily put the classes that are easiest to make first into [Early Access], we’re putting the ones that are interesting for us also, to see what the community does with it”.