Hot News In this spooky metroidvania, your best friend is a teddy bear ghost 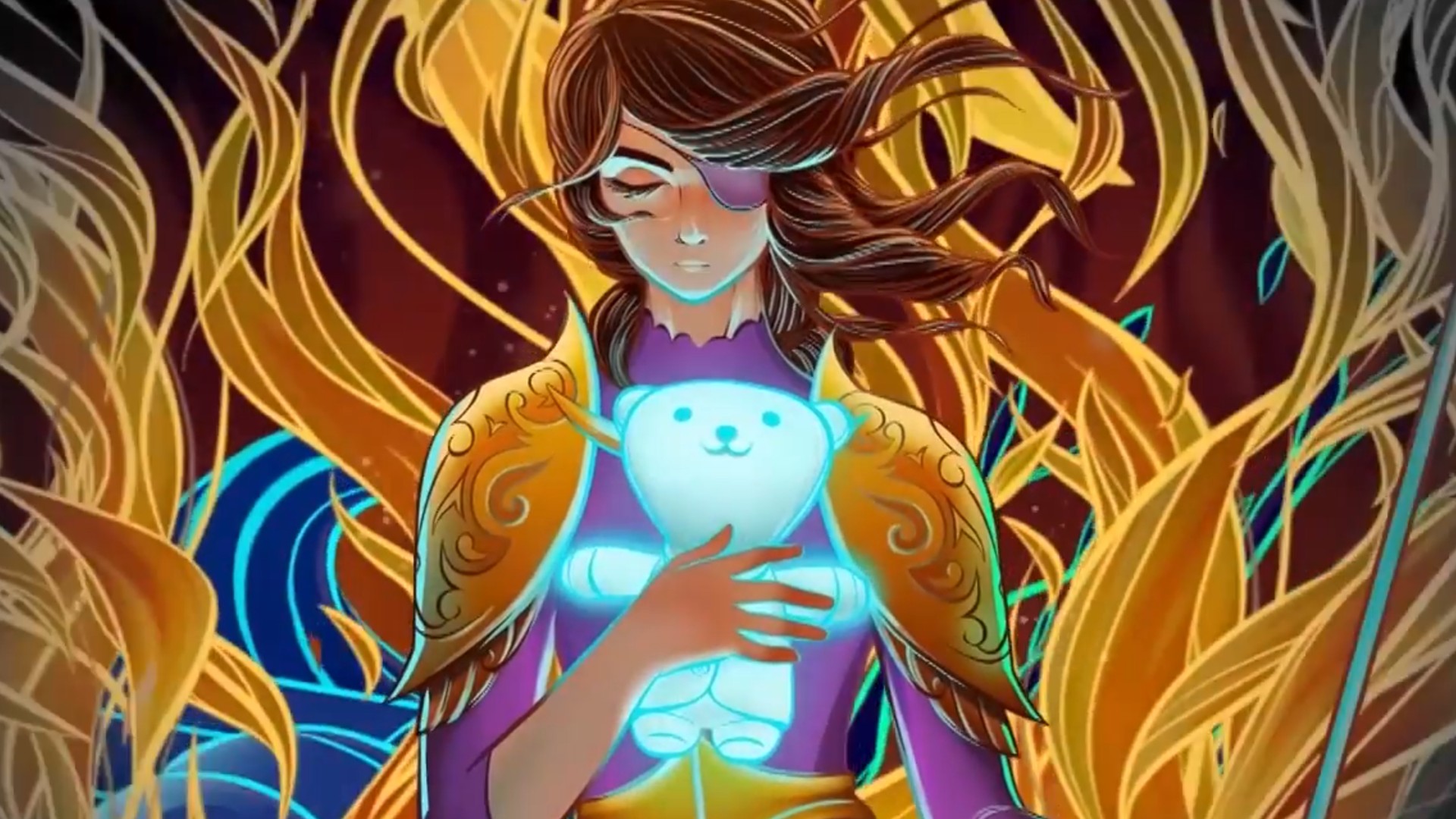 At first glance, Nine Years of Shadows has just about everything you could ask from a dark fantasy metroidvania: A warrior with a golden halberd, Lovecraftian statues speaking of ancient prophecies, and a giant spider demon wearing golden armor.

Also, you’re constantly accompanied by a floating teddy bear named Apino who likes to wear blue pajamas and speak in adorable gibberish. Your guess is as good as mine.

Nine Years of Shadows was shown Thursday at Gamescom’s Future Games Show, alongside a bevy of other games. You can watch the new trailer above.

Music plays a big role in this world, where you play as a woman named Europa who descends into Talos Castle to figure out what happened to its inhabitants.

Combat looks like what you might expect from a 2D halberd-swinging metroidvania, with the protagonist slashing the giant spider demon until it falls limp to the floor. Exploration seems to similarly use the halberd for digging through meters of soil (or whatever constitutes a floor in this realm) and discovering secret rooms with treasure. The trailer also teases some bending of the elements, but we don’t really get a good look at that. All the while, the teddy bear is floating just above your head, silently watching in amusement as you chop down monsters.

Nine Years of Shadows started life as a Kickstarter earlier this year, earning the admirable equivalent of about $98,000 USD. It’s even got a “concept demo” that shows off what the developer is aiming for. That Kickstarter trailer shows off a few more glimpses of what kinds of locations we can expect, including spooky medical rooms, opera houses, and an underwater kingdom of merfolk.

Nine Years of Shadows has no release date, but you can wishlist it on Steam now.

Leave a reply "Hot News In this spooky metroidvania, your best friend is a teddy bear ghost" Cancel reply

Related Post "Hot News In this spooky metroidvania, your best friend is a teddy bear ghost"