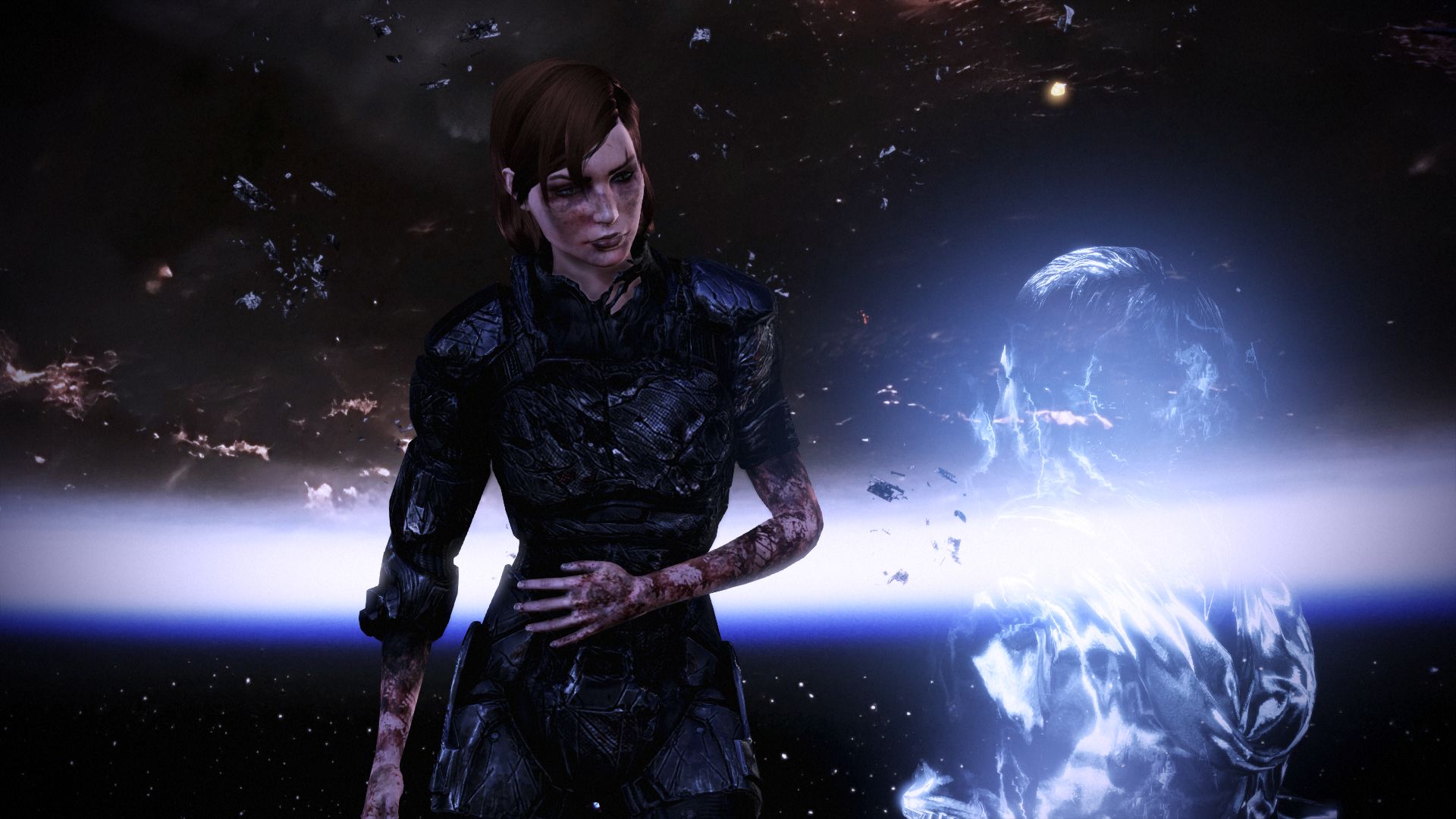 I’m no fan of the ending. To nitpick just one thing, the bit where the Normandy crash lands on some random planet to inject some drama feels cheap and absurd. But replaying Mass Effect 3 in the Legendary Edition has made me realize that actually what annoys me the most about it is the terrible, bad, no-good goddamn journal.

For starters, it’s crowded. Where both previous games had separate tabs for missions (the main storyline) and assignments (the sidequests), ME3 jams both together, using the second tab for codex entries instead of giving them their own menu. While essential plot-furthering missions are highlighted with the prefix “Priority” to make them stand out from the mass of errands, that has the unfortunate effect of making them sound like they should be done immediately. Sometimes that’s the case, and at other times priority missions will lock you out of sidequests that turn out to be essential to saving various characters’ lives. Cool cool cool.

The log ends up even more sardine-tinned thanks to sidequests that can’t be completed if you miss an obscure interaction hidden off to the side during certain missions. There’s no going back to some places after you do your job there, especially areas added by the DLC. If you didn’t explore every nook and cranny of Eden Prime to find all the Cerberus intel, or pick up Aria’s missing couch on Omega, those requests sit at the top of your journal forever.

The real issue isn’t that there are too many Things To Do demanding attention in Shepard’s day planner, however. It’s that those missions don’t have enough detail when you expand them, and don’t keep track of what you’ve done already. If you don’t remember what step you were up to in a fetch quest from 10 hours ago, the journal won’t do a thing to remind you.

“A salarian scientist needs a preserved kakliosaur specimen to help the krogan fight on toxic worlds”, one of them says. What system can I find one of those in? At least tell me the cluster? All it says is, “Find one and return it to him in the Presidium Commons.” It keeps saying that even after you find the kakliosaur, and there’s no way to check the inventory and see if it’s in your cargo bay or back pocket already.

What’s baffling about this is that the previous games got it right. Way back in the original, when you’re on Noveria trying to restore power to the research facility—because this is a videogame, of course it’s the hero’s main job is to go around restoring power to things—each step is a separate entry. One tells you to repair the reactor, one tells you to reconnect the landlines. Where are the landlines? “They can be found on the roof of Peak 15.” Thanks, journal!

The journal in ME2 likewise keeps track of things for you with indented updates. If you take the first steps of Garrus’s loyalty mission while you’re on the Citadel, then get distracted by the many other things you can do there—recruiting Kasumi, completing Thane’s loyalty mission, going shopping, convincing those two krogan there are definitely fish in the Presidium’s lake and what’s more those fish are delicious and they should eat one immediately—when you go back to it the log will tell you what step you left Garrus hanging at.

“Hail a cab”, it says, and when I go to the cab stand I’m immediately back to tracking down the guy who betrayed my best bro. You know, now that I’ve crossed off that vital mission with the fish.

Even though I finished ME3 twice back in the day, while going through it a third time in the Legendary Edition I found myself having to look up wikis and guides to make sure I wasn’t missing something obvious. To complete the sidequest with the kakliosaur specimen it turns out you have to go to a cluster that’s only accessible after completing the mission Priority: Geth Dreadnought, by which point you’ll definitely have forgotten why it’s even in your journal. Those hints Disco Elysium has for quests you can’t complete right this moment, saying “this will take some time,” would be a lifesaver.

It doesn’t help that the sidequests seem deliberately designed to be forgettable. So many of them are triggered by overhearing a conversation where someone says, “My people sure do need this thing that’s on another planet somewhere, if only a random stranger would walk up and hand it to me at a later date in return for these War Assets I happen to have! Guess I’ll stand in this spot until that occurs, or until Priority: Citadel II is completed. Whichever comes first.”

There are plenty of things about ME3 I love. The way crewmates interact with each other on the Normandy rather than sitting in their rooms waiting for you makes them and the ship feel more alive than ever. Quality-of-life stuff like having unlimited sprint outside of combat (which should be backported into the Legendary versions of the previous games). The power combos and roll move that make combat even better. The run of missions on Tuchanka where you’re curing the genophage while fighting off a reaper invasion, which feels like one “hell yeah” moment after another. The entire Citadel DLC.

I like ME3 overall, but the journal felt like it was deliberately trying to keep me from finishing the game, like it knew how I’d feel about the ending and wanted to prevent me getting there. Maybe it had my best interests at heart after all.