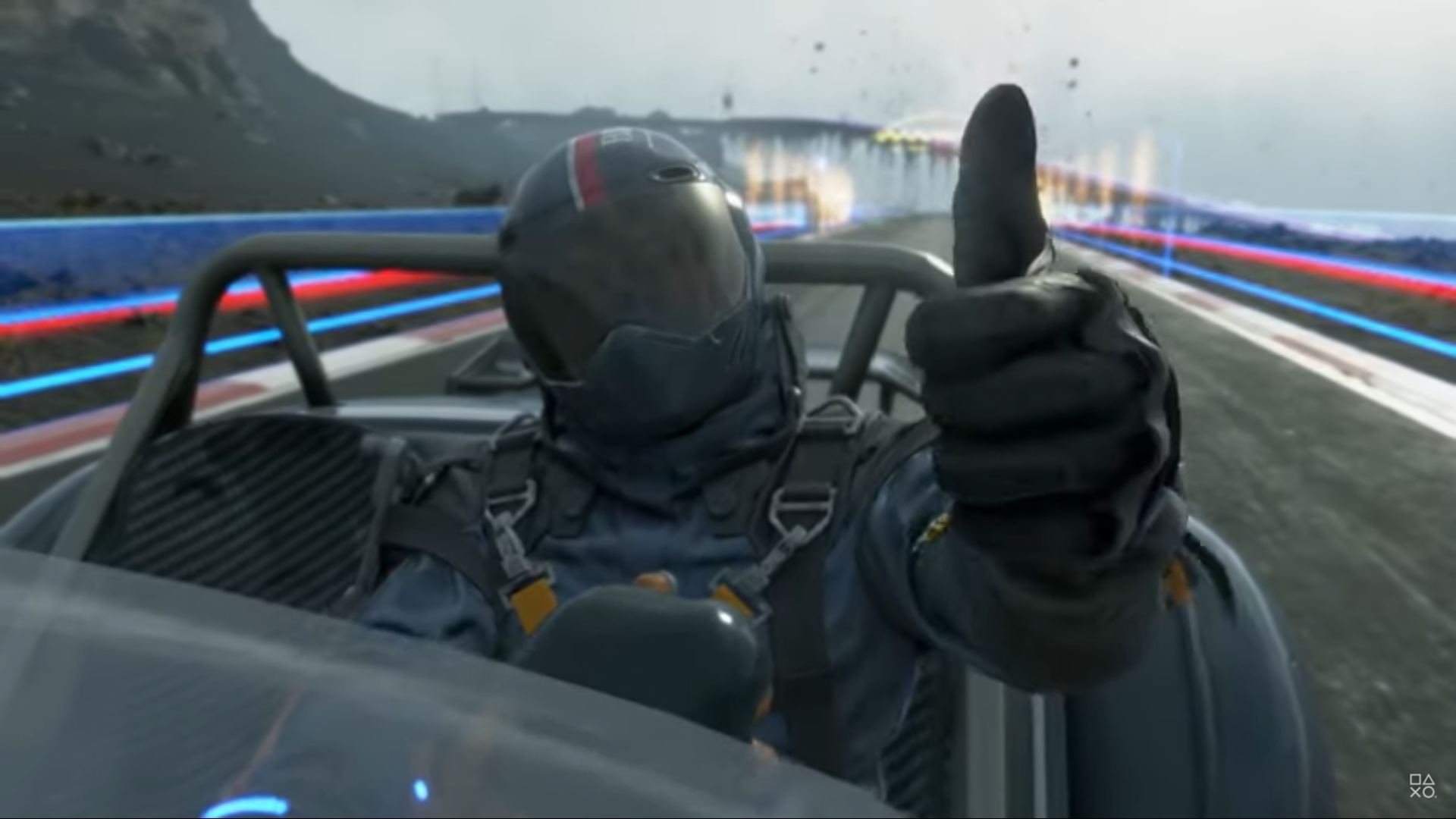 Kojima Productions served up a tasty new trailer for the upcoming Death Stranding Director’s Cut today during Geoff Keighley’s Opening Night Live stream. The game, which Kojima says he doesn’t like the name of, is currently slated as PS5 exclusive but, given the performance of the original on PC, there’s a good chance this will be in our (my) sweaty palms before long. And I want this game bad: there’s a reason Death Stranding won our game of the year award in 2020.

The extended look at gameplay shows what Hideo Kojima fans already know: this guy’s teams really know how to make a special edition of a game. The definitive Metal Gear experiences are often ‘director’s cut’ versions like Metal Gear Solid 2: Substance and MGS3: Subsistence, and part of the reason for that is how fully they rework the games (Subsistence moved MGS3 from a fixed camera to a free camera, for example), and how much sheer stuff they add.

DSDC is of that lineage, and boy does it show. Pretty much the first thing you see here is Sam can now glide to safety from great heights with a new backpack attachment: the Evolved Stabilisers. Given that a key part of Death Stranding’s experience is not falling over or down from great heights, that’s pretty game-changing stuff.

We got another brief glimpse at the cargo cannon, a device that launches cargo over long distances, which you then have to parachute and guide down to a designated spot. It looked a bit like Monkey Target from Super Monkey Ball, which is fine by me.

The ‘buddy bot’ was in the original but is now much more capable and can go out on jollies with you, carrying the cargo while Sam just rocks on. If you’re feeling especially lazy Sam can even take a ride on it.

Another way Kojima used to expand Metal Gear games was VR missions: building huge ratruns of missions from the game’s existing elements. Director’s Cut also has a firing range in the basement of dropoff points, complete with mission challenges and leaderboards. Boss Battles can now also be revisited through the figurines in Sam’s room, all of which have an online ranking system, too.

A glimpse at the new content showed Sam going delving a dilapidated warehouse-type environment for “action-packed delivery missions,” and here is where Kojima Productions really goes for the throat. The MGS vibes here are palpable, from the environment choice of caves and industrial interiors (pure Shadow Moses, the setting of MGS1), to the focus on guard routes and a more ‘classic’ style of stealth. “What truth will Sam unfold in these mysterious facilities,” the trailer asks.

Other new additions are eight more music tracks, jump ramps that let you bound over valleys and crevices, and, rather brilliantly, the ability to trigger bike tricks by holding X for ‘Ultra Extreme’ mode. Then there’s… a race track? Where you can race against other players’ ghosts in any of the game’s vehicles and, again, there are online leaderboards. It’s not quite what I was expecting from this slightly pretentious walking simulator, but then that’s the Kojima magic.

The DSDC looks like it will include some story changes: a sequence at the end shows Sam accessing the ‘death stranding’, the place where he goes when he dies, through a door in the bottom. Which is unusual, because it’s a big body of water. Oh and it appears there’s a whale in there who’s going to bite Sam’s head off. Par for the course with Kojima.

Death Stranding Director’s Cut releases on September 24, 2021 for Playstation 5. When there’s any news of a PC version, we’ll be on it like a courier on cargo.