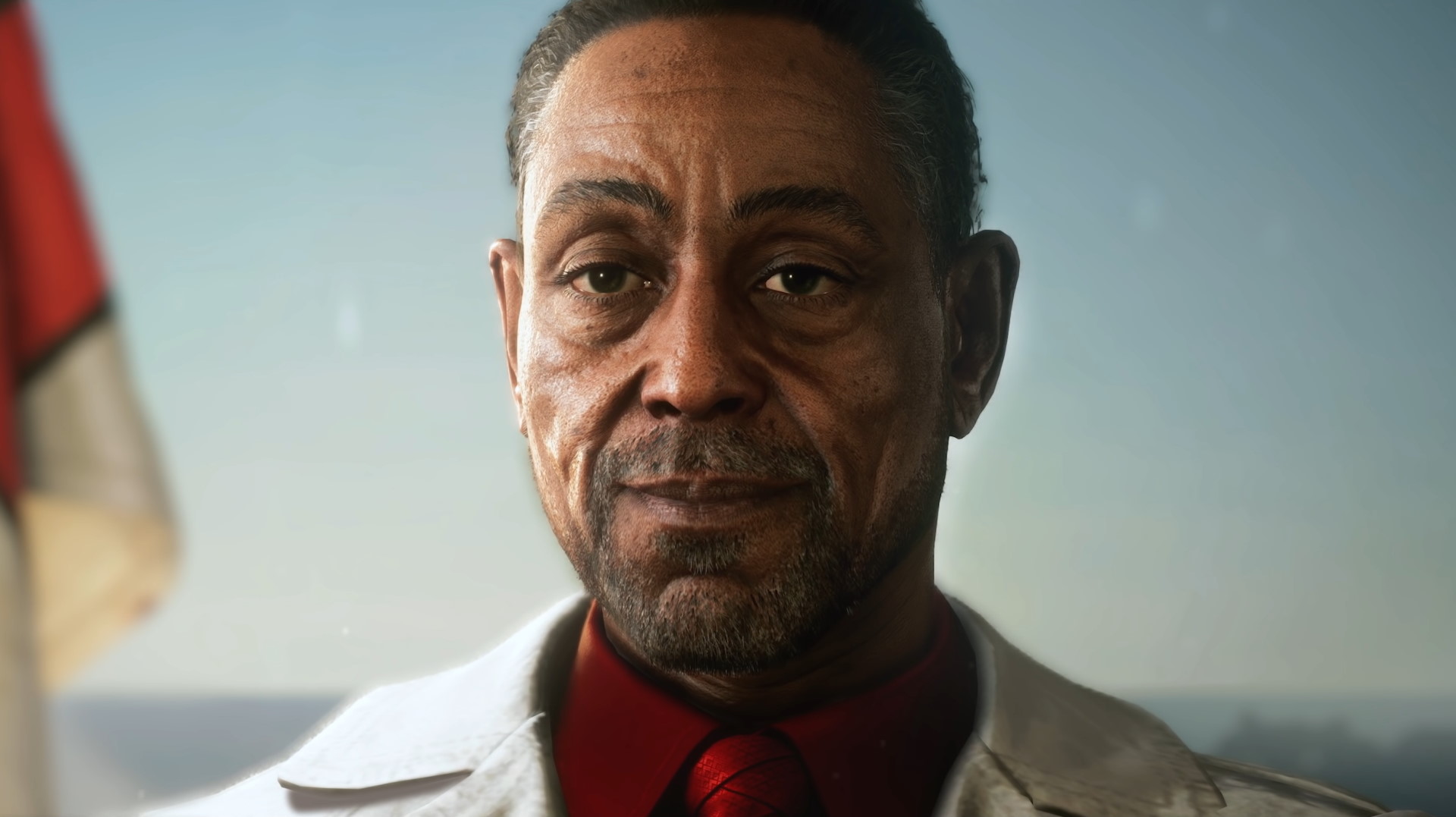 Far Cry 6 released a new story trailer at Gamescom today, giving you a little look into the life of head honcho Anton Castillo, played by the always rad Giancarlo Esposito. Castillo rules the Caribbean island of Yara and, bad news for him, there’s a revolution brewing.

But why? What’s made the people of Yara finally decide enough is enough? Well, turns out Castillo’s scientists have developed an effective cancer cure, which is being grown in Yara’s tobacco crops. A cancer cure you can smoke? That sounds excellent.

Before you roll up a fat oily cigar and start smoking the cancer away, you should know Castillo is apparently enslaving his own citizens to work in those curative tobacco fields, which is a pretty terrible thing to do. Also, he’s a horrible murderer, and the trailer shows his soldiers gunning down a boat full of innocent people.

To top it off, he puts a gun into his young son’s hand, apparently to encourage him execute a helpless prisoner. Yes, it looks like the bad guy is indeed bad after all. Far Cry 6 is due out October 7.