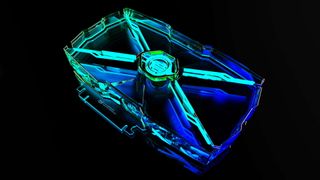 After Intel announced its upcoming Xe-HPG discrete GPUs, now branded Arc, updates have been coming in thick and fast. The latest swathe, outlined in a recent Intel Medium roundup post, details some juicy developments to its ‘graphics story,’ including plans to integrate overclocking controls and a game capture feature into Arc’s GPU driver UI.

“Many gamers are also creators,” Intel says, “so we’re developing robust capture capabilities that leverage our powerful encoding hardware. These include a virtual camera with AI assist and recorded game highlights that save your best moments. We’re even integrating overclocking controls into the driver UI to give enthusiasts the tools they need to push the hardware to the limit.”

These upcoming, high-performance GPUs look all set to rival AMD and Nvidia, and turn the graphics landscape into a three-way deathmatch. Rumours place the top chip in the Intel Alchemist series (previously known as DG2) alongside Nvidia’s GeForce RTX 3070 in terms of raw performance—a high benchmark to beat. And with easy overclocking now promised, it’s likely these cards will end up an Intel enthusiast’s dream.

A short gameplay video teaser for the GPUs had us very excited the other week; even Metro: Exodus was highlighted, and looking super shiny with that real-time ray tracing acceleration Intel are touting. In fact, it’s entirely possible the footage was captured with the company’s own integrated game capture feature. It’s unclear what stage this is at currently, so we can’t say for sure.

What we do know, is alongside the plethora of promises from Intel—including AI accelerated Super Sampling (Intel XeSS), real-time ray tracing, variable rate shading, mesh shading, and DirectX12 Ultimate—there’s a lot to be excited about.

And now, with convenient features like OC control and game capture abound, there’s growing reason to make the switch to an all Intel PC when 2022 comes around… That is, if the first round of Arc Alchemist GPUs don’t sell out in three minutes or less.