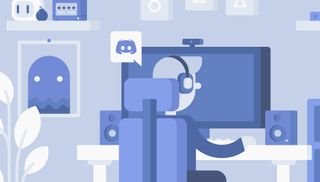 YouTube has issued a cease-and-desist order against the creator of Groovy, who has agreed to shut down the widely-popular music bot on August 30th.

Effectively a tool for adding background tunes to a chat room, Groovy worked by pulling audio directly from YouTube videos, joining voice calls, and playing music queued up by users—whether that’s your D&D group adding spooky ambience to a session or, in the case of my Splatoon team, lining up 10 hour Bugsnax mixes during tournament games. Don’t ask.

It was ridiculously popular, reportedly installed on over 16 million servers. But it seems Google wasn’t so hot on the bot, with a spokesperson for the company told The Verge that Groovy violated YouTube’s terms of service for “modifying the service and using it for commercial purposes”.

In that same report, Groovy creator Nik Ammerlaan (who made the bot because “my friend’s bot sucked and I thought I could make a better one”) admitted that this was likely a long-time coming. Groovy circumvents YouTube’s front-end and advertising entirely,

“I’m not sure why they decided to send it [a cease and desist] now,” said Ammerlaan. “They probably just didn’t know about it, to be honest. It was just a matter of seeing when it would happen.”

Groovy’s shutdown feels a stark reminder that Discord isn’t some quiet, underground chat client. Valued at over $10 billion, it’s probably the biggest messaging app in the world, one that’s long-since pivoted away from its gaming branding. When a bot becomes popular for ripping music onto a platform that large, people pay attention.

In an announcement on the official Groovy server, Ammerlaan wrote: “I want to thank each and every one of you for using Groovy. You all had a part in shaping it into what it is today. I hope you all have a wonderful day and remember: stay groovy.”