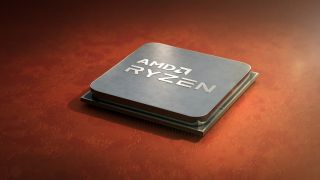 It’s recently been rumoured that AMD would be bringing its impressive RDNA 2 GPU architecture onto its desktop Ryzen CPUs. Now, that theorem seems to have gained traction. Recently leaked documents maliciously attained from Gigabyte suggest dedicated on-chip graphics will arrive with the Zen 4 architecture.

The document published by Chips and Cheese (via Videocardz) covers all sorts of technical details about upcoming processors on the AM5 desktop socket, including USB support, PCIe lanes, DDR5 channels and more. The most notable feature listed within the document, however, is within the “on-chip graphics” category.

There are three processor ‘types’ listed within the document, and all three are said to come with ‘dedicated’ on-chip graphics with “Type-C Hybrid GFX support”.

This follows previous rumours that also suggested onboard graphics would arrive with AMD’s next-gen ‘Raphael’ processors.

None of AMD’s Ryzen desktop CPUs currently offer any form of graphics silicon on-chip, so its inclusion would make for a major change to the Ryzen CPU DNA. Only AMD’s APUs, or Accelerated Processor Units, are currently fitted with onboard graphics. The latest being the Ryzen 7 5700G, Ryzen 5 5600G, and Ryzen 3 5300G.

We’re pretty big fans of those desktop APUs, especially during a GPU drought, but there’s something especially intriguing about onboard graphics for most of AMD’s Ryzen chips.

That’s because AMD’s life-long rival, Intel, is currently in the business of installing graphics capability on just about all of its chips, including desktop ones.

Intel’s graphics chips have not been altogether that powerful on desktop, though. You can basically forget about playing any of the latest games on them. Why AMD might want to follow in Intel’s footsteps, then, is to capture the massive market for PCs with minimal graphics needs.

That said, an onboard GPU could also prove useful for offloading encoding tasks and booting your system without your GPU in times of troubleshooting.

For those that really would rather not have onboard graphics, it’s also said that the document notes “Some OPNs… may not support GFX.” That means we may see some AMD processors lacking said graphics silicon, perhaps sharing similarities to Intel’s F-series CPUs, which lack the integrated GPU.

Other information pulled from Gigabyte’s leaked documents includes word on the notable lack of PCIe 5.0 for AMD Ryzen Zen 4 processors. That’s probably not a huge deal for gamers in all honesty, but Intel will support the interconnect standard with its Alder Lake chips later this year and so it could be seen as a win for Chipzilla.

Processors built on the Zen 4 architecture are said to be on track to arrive next year, which means there may be a little while to wait before AMD takes the lid off of all of these potential new features, anyways.