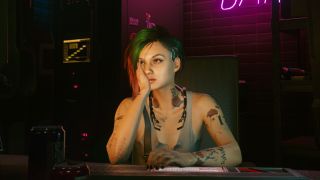 Designing for accessibility in games is about making the intended depth and immersion available to the widest range of players. As disabled people know, there has always been demand for this in games, and that demand isn’t limited to a tiny audience. Here’s a great recent example: Naughty Dog published statistics showing 9.5 million players have used the accessibility options in Uncharted 4, a far bigger number than some designers and players might assume.

The idea that games are somehow not for a disabled audience only adds to the long standing dehumanisation of disability in general. As a designer myself I have failed to apply this knowledge to my own work in the past, because I learned to design in a way that didn’t even mention accessibility as an issue, despite being disabled myself.

While the industry adapts, it’s key to remember that there is no perfect cocktail of accessible game design features that automatically makes a game fully accessible. It’s impossible to predict every problem that may arise in every disabled player’s experience. Accessibility is a process of understanding multiple visions of a game.

Some of the biggest games now make this more of a focus during design, but developers big and small still stumble over basic accessibility issues that every game could start to account for.

On-screen text is as old as gaming, and in most contemporary games it’s understood that subtitling for dialogue is an essential option. It is definitely the feature that I use the most. According to Ubisoft’s accessibility manager, 95% of players of Far Cry: New Dawn, which starts with subtitles on by default, were happy to use them throughout.

An important thing that is not factored in as often, likely because just having subtitles is seen as “enough” for deaf and hard of hearing players, are the various problems with non-adjustable subtitles, and the needs of players who want subtitles for more than just the scripted dialogue.

There are basic design rules and options for legibility which could be followed to stop games like Resident Evil Village presenting unattributed, unreadable titles on snowy backgrounds. Or recent success Knockout City from presenting a barely readable cluster of text over the menu layout.

Having a toggleable deep contrast background behind subtitles, placing them on a part of the screen that doesn’t cover other text, and having font size controls as standard are starter kit options for making subtitles truly accessible.

There are also many games where captions are absent. Captions are subtitles specifically for deaf and hard-of-hearing audiences that convey non-dialogue sound during cutscenes. The absence of well-written captions flattens sound design for these players. There have been recent advances in including captions in big games, but this also means some games will try to deliver useful captions but get it wrong. The overly detailed captions in Marvel’s The Avengers show a misunderstanding of the feature.

Visual cues and icons for important sound events are at least becoming more common in games today. It would be emboldening to see all of these options become standard in the same way that Closed Captions have become legal requirements for broadcast television and VoD with the input of their intended audience on the design.

Similar to how sound is translated into text, any text-based element should be able to be read aloud by a screen reader. This opens up text-heavy game elements like menus to visually impaired players.

Captions still aren’t ubiquitous, and games are even less likely to include audio description soundtracks. This is a part of the technology for visually impaired players that should be standard; it improves the experience by giving these players descriptions of scenes and actions along with dialogue, helping them mentally picture the action playing out on screen. Ubisoft partnered with Descriptive Video Works to create one of the most prominent examples of described audio in games with Assassin’s Creed Valhalla, and they’re also working together on the upcoming Far Cry 6.

A lot of visually impaired players would benefit from a wide range of alterations to the visuals of a game. The Last of Us 2, for example, could be hard to parse because it’s full of muddy, dark locations. But it comes with many options to alter the visual landscape, adding vital high levels of distinction between objects.

Designing for colour deficiency is another area where the quality of the outcome depends on having an awareness of varied visual experiences from the start. Games which assume truths about a player’s colour vision, and rely on it mechanically, make themselves inaccessible by design, as in the coloured indicators of Resident Evil Village’s health bar, which merely flash red, orange or green.

A prime example of how you can feature accessibility options and still create a fundamentally inaccessible game is in the way Cyberpunk 2077 deals with visual phenomena. Cyberpunk 2077 has dedicated colour blindness options, but was released to reviewers without an understanding of (or warning about) the dangers of flashing light animations that can trigger epileptic players, as Liana Ruppert reported for GameInformer. The next step from the studio was to work with Ruppert to create a safer game, but it shouldn’t have come to that. No major studio should be releasing a game with such little awareness of seizure dangers.