Hot News Windows 11 Insider Preview ISO download is out: Here's how to do a clean install of Microsoft's new OS 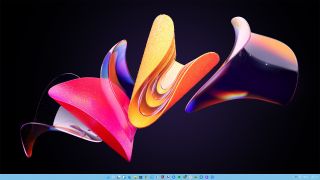 Microsoft has just released the first official Windows 11 ISO file. That means if you wanted to try out a clean install, maybe for that little old laptop, then now’s the time to get downloading and setting up a fresh USB stick for the privilege.

You will still need to be a dedicated Windows Insider to be able to download Windows 11 right now. Okay, you don’t actually need to be that dedicated, in fact you could just register for free today, download the ISO, install it, and never provide any feedback to Microsoft at all. You unfinished OS-using rebel, you.

You will also need to make sure whatever system you want to install the Windows 11 ISO onto is actually capable of running the new operating system. The Windows 11 system requirements have been a major bone of contention regarding Microsoft’s upcoming OS, especially surrounding its demands for TPM 2.0 support from your system, ostensibly because of a desire to improve security.

The ISO download isn’t the latest version of Windows 11, however, so it will need a quick update to get to the version Microsoft has just released. The ISO is Windows 11 Insider Preview Build 22000.132, while the most recent update is Build 22000.160.

But there is one thing you’ll get with the ISO that you won’t with the standard in-place upgrade from Windows 10 that you will have had to do before the ISO download dropped: that’s the OOBE.

OOBE? Out of box experience.

Basically, Microsoft is testing out the user experience of installing Windows 11 on a system for the first time, with all the intro screens, and options that usually entails. Aside from the brighter overall look, Microsoft is also introducing the ability to name your computer as you set up Windows 11. Ain’t that cute. My Windows 11 build’s called Guinea Poog.

From here you have a couple of options. The first is that you can drop the ISO file onto any existing Windows machine and perform either an in-place update or a clean install over the top of the current installation.

You can also create a bootable USB stick to install the Windows 11 Insider Preview on different devices. Microsoft recommends a third-party app, called Rufus, because it is relatively easy to use and lightweight in terms of system resources.

And there you have it, one shiny bootable USB drive with which you can bring any compatible machine up to date with the latest Microsoft OS. Well, an older version that you can then update to the latest OS anyway.

Leave a reply "Hot News Windows 11 Insider Preview ISO download is out: Here's how to do a clean install of Microsoft's new OS" Cancel reply

Related Post "Hot News Windows 11 Insider Preview ISO download is out: Here's how to do a clean install of Microsoft's new OS"