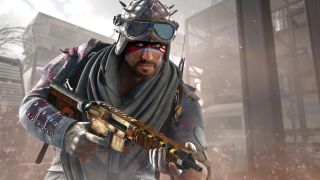 With the Six Mexico 2021 Major in full swing, the final match of the day between teams DarkZero Esports and DAMWON Gaming was originally set to take place on August 18. But before it could happen, the official Rainbow Six Esports Twitter announced that they would be ending the stream and postponing the match due to a “structural failure at the venue.” Nobody was injured.

It left fans pretty confused. Both DarkZero and DWG’s members were keeping awfully hush about the whole situation, while rumours swirled around a collapsed roof. Thankfully the issue turned out to be a little less severe, with Rainbow Six Esports later informing everybody that a pesky air conditioner was to blame.

“Yesterday evening, before the start of our final match of the day, a water leak was discovered from the ceiling of the main stage area. To ensure everyone’s safety, the tournament production areas were immediately evacuated,” the update read. “The leak was caused by an overflowing drip pan from one of the air conditioning units. The issue has been addressed and no other water leaks were found.”

DarkZero and DWG completed their match off-stream, with the former going through to the quarter-finals. Ubisoft says those will kick off later today as planned. For a game that relies so heavily on you demolishing bits of buildings, it’s nice to see that this real-world situation wasn’t quite as dangerous.

Ubisoft has just announced its first trans operator for Siege, with a Rainbow Six Extraction event currently underway until August 24.