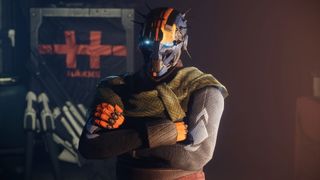 The latest edition of This Week at Bungie dives into the studio’s plans for Destiny 2’s firearms in the next season, which will see the introduction of Legendary Stasis weapons and further changes to weapon archetypes. But the most interesting change is being made to Primary weapons, which—as some players have previously suspected—will have infinite ammo in the new season.

“Running out of Primary ammo has never been tactically interesting,” weapons feature lead Chris Proctor explained in the update. “Running out in hard PvE content or because you were on a tear in PvP was a weird and sometimes frustrating experience that we would like to not subject anyone to in the future.”

Of course, this is Destiny 2, and that means Bungie can’t just stuff endless bullets into its guns and call it a day. Other adjustments have to be made to compensate for the fact that players won’t be picking up those white bricks of ammo anymore. A bigger ammo reserve doesn’t mean much if you’re literally never going to run dry, after all. And so:

As for those weapon archetypes, breech grenade launchers “are increasing as a pain point in PvP,” and so they’re being nerfed slightly with reductions to blast radius and splash damage, although PvE damage is actually being boosted slightly. Machine gun PvE damage is also getting a 20% buff to make them more effective in “high difficulty content,” scout rifles and hand cannons are getting a boost against minors, and fusion rifles are getting a number of tweaks to better differentiate their subfamilies.

The Anarchy exotic grenade launcher is getting nerfed (again), with a total ammo reduction from 26 to 16 and a 30% damage reduction against bosses (which does not include champions). Xenophage is also being nerfed, with a lower rate of fire—from 120 RPM to 90—and a reduced Machine Gun PvE damage buff, and Fighting Lion is likewise being toned down to compensate for the change in Primary weapon ammo: “Enabling fast, unlimited grenade spamming was too much in PvP,” Proctor said.

Other exotics being changed up include Vex Mythoclast, Merciless, Jotunn, Bastion, and Sweet Business, and new visual effects for grenade launchers, rocket launchers, and Legendary fusion and linear fusion rifles are also on the way.

“We’re devoting a lot of energy to The Witch Queen expansion, and there are a ton of things changing in a few weeks, so we want to see how things shake out before deciding on further tuning,” Proctor wrote. “We’ll be watching Season 15 launch closely and are ready to make some small adjustments as needed in the first half of the Season.”

Destiny 2 Season 15 is set to go live on August 24, and along with weapon tuning will also bring about some big changes to Guardian abilities.