Hot News The Witcher showrunner: 'We need a great Season 2 if we have a hope of having a Season 3' 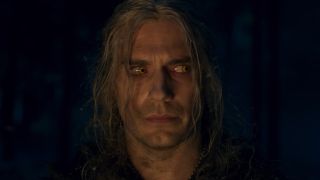 Netflix’s The Witcher season two is releasing this December, but it’ll need quite the Christmas viewing party if we want a third season to happen. Showrunner Lauren Hissrich told the Television Critics Association Summer Press Tour that season 3 isn’t formally in the works yet.

“There has been no formal renewal,” Hissrich says. “In fact, right now my focus is on Season 2. I mean, we have this airdate now, we’re going to launch on December 17. There is still a lot of work to be done in post-production. So I’m back and forth between Los Angeles and London completing that, and that is just where all of our focus is right now, because we need a great Season 2 if we have a hope of having a Season 3.”

Netflix is of course infamous for canceling shows after a couple seasons, even if they’re largely successful, since production costs tend to grow. The early Marvel series like Luke Cage, Jessia Jones, and Daredevil all lasted no more than two or three seasons. More niche fare like The Dark Crystal: Age of Resistance only lasted a single season. Though Henry Cavill is clearly a massive fan of the franchise, he’s still one of Hollywood’s most popular stars in recent years, which might require a bigger paycheck as time goes on.

The first season of The Witcher drew in 76 million viewers who watched at least two episodes, according to Netflix. For a time, The Witcher was Netflix’s biggest exclusive series, but was eventually dethroned by the saucy Regency era drama Bridgerton. Point being, Geralt has his own big shoes to fill.

The Witcher season 2 was one of many Hollywood victims of the COVID-19 pandemic, with filming delays plaguing production. Cavill was also injured while performing a stunt involving a gauntlet of swinging axes 20 feet in the air. Nothing a little fisstech and some meditation can’t fix, I guess.

Season 2 should hopefully keep things interesting, introducing more witchers like Geralt’s mentor Vesemir and peers Lambert and Eskel. You can check out everything we know about The Witcher season 2 here before it drops on December 17.

Leave a reply "Hot News The Witcher showrunner: 'We need a great Season 2 if we have a hope of having a Season 3'" Cancel reply

Related Post "Hot News The Witcher showrunner: 'We need a great Season 2 if we have a hope of having a Season 3'"